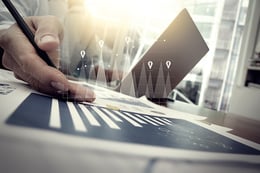 If you’re reading this, hopefully you were able to obtain a Paycheck Protection Program (“PPP”) loan and have either received the funds or will be receiving the funds soon.  If you couldn’t get funded, then there is hope that the program will be replenished soon so keep close to your banker and have your application ready to go.  Now that companies are getting funded the question on everyone’s mind is how to make sure most of this loan, if not all, gets forgiven under the forgiveness provisions in the Coronavirus Aid, Relief, and Economic Security (CARES) Act and in the various guidance the Small Business Administration (“SBA”) has issued.  And that’s a great question that unfortunately currently has a lot of unknowns until final guidance is issued.

Let’s start with what we do know.  I’m not going to copy/paste verbatim since most of you have a good idea of what these terms mean at this point.

Once you get the funds, you must retain supporting documentation that you used the PPP loan funds for “allowable uses” (i.e., “Specific Expenses” described below) incurred and paid (see question below as to what this might mean) within the eight (8) week period following your receipt of the PPP loan funds. Although you can use PPP loan funds for Specific Expenses after the eight (8) week period and before June 30, 2020, that portion of the loan will not be forgiven and you will need to repay that portion of the loan within two (2) years of the date you received the PPP loan, at one percent (1%) interest.

So far not too complicated.

Although the goal is to have the full amount of the PPP loan forgiven, the amount of loan forgiveness may be reduced pursuant to formulas found in the Coronavirus Aid, Relief, and Economic Security (CARES) Act.

The loan can be forgiven in whole or in part. The amount to be forgiven is equal to the amount spent during the eight (8) week period following the first disbursement of the loan proceeds to the borrower (the "Covered Period") on:

The maximum amount of loan forgiveness for non-payroll expenses is 25% of the amount of the loan. Eligible payroll costs include compensation up to $100,000 in prorated wages, per employee.

The amount of loan forgiveness is reduced by:

To encourage employers to rehire workers laid off due to the COVID-19 crisis, borrowers who rehire laid off workers by June 30, 2020 (see question below on rehire timing), will not be penalized for having a reduced payroll at the start of the period.

A borrower seeking loan forgiveness must submit to the lender an application, which must include:

Simple right?  Yeah, not so much.  Before we get into some of the questions that we have received, we will say that the CARES Act states that the SBA needs to issue final guidance on forgiveness within 30 days of when the Act became law, which would be April 26, 2020 (which is this Sunday).  Does that mean they will meet that deadline?  We will see.  Hopefully some of these questions are answered in the final guidance, which will come out during your eight (8) week period, so you still have time to implement any strategies that may arise from the final guidance.  Also be aware that until that deadlines comes, hopefully anyone telling you how to “maximize forgiveness” leads with a healthy disclaimer that they don’t have all the answers, just their opinion based on what is currently available.

Anyways, what are some of the common unknowns at this point?

There are a lot of other questions, but those are four that we’ve heard a lot recently and that will have a significant impact on the forgiveness calculations.  Again, there should be additional guidance from the SBA concerning forgiveness by April 26th because the CARES Act requires it.  Until that comes out, in summary, we recommend the following:

One other item that has come up is the deferral of employer Social Security taxes until forgiveness is determined.  The IRS issued guidance that said you were allowed to defer these costs until forgiveness is determined, clarifying that just because you have a PPP loan doesn’t mean you’re excluded from doing this.  But would this reduce your forgivable payroll costs?  The answer is no, because employer Social Security taxes are excluded based on guidance from the SBA (employee FICA is included as part of gross payroll, but you can’t defer that, just the employer portion) issued in their FAQ document (question 16).  Therefore, we would recommend deferring if possible since you can do it for a few months until forgiveness is obtained and it isn’t due until December 2021 and 2022.

If you have any questions or would like to discuss certain scenarios and situations, please contact us.  This can get complicated and while we may not have all the answers right now, we will provide guidance based on what we do know so you can plan and be ready to incorporate strategies that may be allowed.

What You Need to Consider as You Seek Loan Forgiveness – Q&A Highlights
May 20, 2020

Should You Apply for PPP Loan Forgiveness Now?
June 2, 2020

As additional guidance becomes available we will continue to post updates and update this article.