Should You Apply for PPP Loan Forgiveness Now?

Hold on…. the U.S. House Passed H.R. 7010 to Provide Greater Flexibility for PPP Borrowers; Senate to Act Next

As Paycheck Protection Program (PPP) loan recipients try to understand all of the nuances of the loan forgiveness process, the rules are likely about to change. On Thursday, May 28, 2020, the U.S. House of Representatives passed 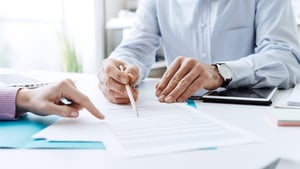 H.R. 7010, a bill that would provide Paycheck Protection Program (PPP) loan recipients more flexibility in how they spend proceeds while still allowing for loan forgiveness. The bill passed with a nearly unanimous, bipartisan vote of 471-1.  The bill changes several of the restrictions in the existing PPP.  A similar measure to amend the PPP has been introduced in the Senate, which is likely to take up the issue this week.

The House version would amend the PPP to provide businesses the following:

• Change the eligibility for loan forgiveness by reducing the portion of the loan proceeds that must be spent on payroll from 75% to 60%, which would allow up to 40% of the funds to be spent on certain qualified non-payroll items such as rent, mortgage interest, and utilities;

• Change the eligibility for loan forgiveness by extending the time period for businesses to spend the loan proceeds from the current eight-week period to 24 weeks;• Increase the minimum loan term from two (2) years to five (5) years;

• Allowing all employers to take advantage of the CARES Act deferral of the 6.2 % employer portion of social security payroll taxes, regardless of whether they have had a PPP loan forgiven;

• Remove the six-month deferral of payments and replacing it with deferral until the date on which the amount of forgiveness determined under the CARES Act is remitted to the lender. However, if a borrower does not apply for forgiveness within 10 months after the last day of the covered period (i.e., the earlier of 24 weeks from origination or December 31, 2020), the borrower must then begin to make payments of principal, interest, and fees on its PPP loan.

• Extend the rehiring period safe harbor from June 30, 2020 until December 31, 2020. This would give borrowers an additional six (6) months to rehire employees or restore payroll levels without incurring any reduction in the forgiveness amount;

• Provide that the amount of loan forgiveness will not be reduced by a reduction in the number of full-time equivalent employees, if:

The bill is next headed to the Senate for deliberation, while the Senate is simultaneously considering its own version of the bill. The Senate version has some differences from the version passed by the House. For example, it would increase the current eight-week period to 16 weeks, but would keep the percentage of the loan that must be spent on payroll at 75%.

Notably, there isn’t a portion of the bill concerning the tax deductibility of expenses which Congress had mentioned addressing after the recent IRS ruling that expenses related to forgiveness were not deductible.  Hopefully it gets added before the bill becomes law, or addressed soon via other legislation.  We will continue to monitor the progress of the bill in the Senate and provide an update once a version that will become law is passed.  Until then, it is difficult to advise which of these portions of the House bill will become law or may get changed or removed.  We would suggest keeping them in mind when making decisions for now, but don’t assume they will become final law as currently written.  If you want to discuss these provisions and the possible impact on decision making over the next few weeks, please contact us.