What You Need to Know about Factor Presence Nexus 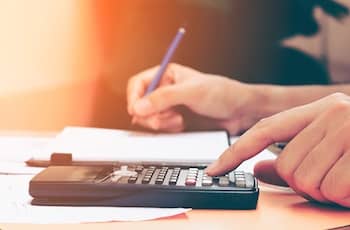 Nexus. Physical presence. Factor presence. Threshold standards. Are these terms familiar to you? Are you selling products or services online? Do you have customers in states in which your business is not physically located?  Unless your company is limited exclusively to walk-in customers who buy property or receive services at your physical location, an understanding of these terms is imperative to navigating the state tax arena to ensure you understand all of your state filing obligations.

With the economic downturn over recent years and state budgets cuts, state legislatures are exploring ways to increase their tax base and revenue without increasing tax rates. One way states have been accomplishing expansion of the tax base is by adopting factor presence nexus standards. The result? Companies deriving revenue from sources within that state will be treated as having nexus and will be subject to tax, even though there is no physical presence in the state. Recent developments involving  the Supreme Court of Ohio have brought this issue to the forefront of state tax news.

In an effort to promote uniformity and create a simple bright-line test for taxes based on gross receipts and income, the Multistate Tax Commission adopted a model rule in 2002, commonly referred to as factor presence nexus. The theory behind factor presence nexus is that apportionment and nexus rules should not be necessarily tied to the company’s physical presence in a state, and a company’s ability to utilize the state’s market for income provides that state with the right to tax.

California’s factor presence thresholds for creating nexus for its franchise tax is similar to Ohio with an exception: The amounts for each factor are slightly higher as they are indexed for inflation on an annual basis. Therefore, it is important to check the state statutes every year for changes in the factor thresholds.

Factor presence nexus focuses on the sales factor, as generally any amount of property or payroll in a state establishes nexus based on physical presence. The main issue is whether the factor presence nexus standards violate the U.S. Constitution’s Commerce Clause by not requiring a physical presence. The 1992 United States Supreme Court opinion in Quill Corp. v. North Dakota held that North Dakota could not impose a use tax collection requirement upon Quill, as Quill did not have a physical presence in the state. The Court, however, did not address the issue of whether the physical presence test also applied to income and other tax purposes (i.e., exclusive of use tax), which has resulted in controversy and litigation over the years.

Recently, the Supreme Court of Ohio upheld the factor presence nexus provision in three separate decisions with similarities . On November 17, 2016, the Supreme Court of Ohio affirmed the Ohio Board of Tax Appeals’ ruling in Crutchfield Inc. v. Testa that an out-of-state company with no physical presence in Ohio was subject to the CAT—as the company met the threshold standard for receipts with $500,000 in gross receipts to Ohio customers. The Court held that the burdens imposed by the CAT on interstate commerce were not excessive in relation to the legitimate interest of Ohio in imposing the tax on receipts of both in-state and out-of-state taxpayers. With respect to Quill Corp., the Court indicated that the physical presence requirement for purposes of use tax purposes does not extend to the CAT, which is a business privilege tax.

These recent affirmations could provide other states with similar business privilege taxes to explore adopting the factor presence nexus standards, thus potentially increasing a company’s state taxes as well as registration and compliance requirements. Additionally, the current remote selling environment used by many companies is possibly forcing states to assert that the physical presence standard may be outdated in the sales and use tax arena as well. What could this mean for your company? Even if your company is a remote seller, a sales and use tax collection could possibly be imposed on your business, even though your only contact with a state is making remote sales. 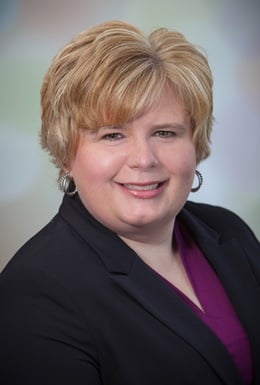 Jill is a Senior Manager in the Tax Services Group and has over twenty years of public accounting and private industry experience. She provides strategic tax, accounting and business advisory services to companies and their owners in a variety of industries including manufacturing, construction, trucking and service.  She focuses her practice on multi-state income and sales/use taxation as well as corporate and “flow-through” entities and how to minimize the tax liabilities of their owners.