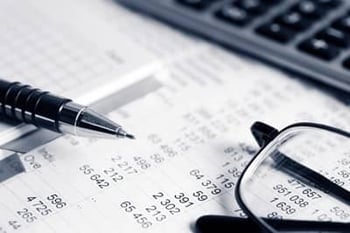 For almost 20 years, the entity “check-the-box” rules have been a fixture of the tax law and a basic planning tool. They have simplified tax planning in numerous ways as well as creating a general road map for practitioners to repair damage caused by overly technical tax rules or their own technical mistakes. However, the dark side to check-the-box is that it has enabled both outbound and inbound avoidance and/or evasion.

More recently, the Base Erosion and Profit Shifting (BEPS) project of the Organisation of Economic Co-operation and Development (OECD) and the U.S. FATCA legislation have spotlighted cross-border compliance issues. Developed countries have intensified their efforts to prevent what they view as abusive tax avoidance. Front and center in these efforts are information exchange arrangements.  FATCA is one. The nascent OECD Common Reporting Standard, which is creating a reporting regime similar to FATCA among over 90 countries (but not the United States), is another. Several of the BEPS initiatives will require enhanced information exchange between countries.

One of the complaints frequently voiced by U.S. tax treaty partners is the unavailability of certain tax information regarding their residents’ activities in the United States. The IRS and Treasury Department issued Proposed Regulations on May 10, 2016 addressing one of the areas of concern for foreign tax authorities, information reporting for domestic disregarded entities (DDEs) owned by a non-U.S. person. The regulations will apply to taxable years ending on or after the date of publication of the final rules.

What The Regulations Will Do

Under the entity election classification procedures currently in place, a taxpayer generally must include its employer identification number (EIN) or other tax identification number (TIN) on its Form 8832 (the election form) when it makes a check-the-box election.  However, it is generally not required to file a form or obtain a TIN if it accepts a default classification. In the case of an LLC organized in the United States, the default classification is a domestic partnership if there is more than one member or owner, and a domestic disregarded entity if there is only one owner. Unlike a domestic partnership, however, a DDE is not currently required to file U.S. tax or information returns in its name or regarding its owners. If a DDE is owned by a foreign corporation or individual resident in a foreign country that treats the DDE as a corporation, that country is not able to receive tax information from the United States regarding the U.S. activities of the DDE due to this reporting gap (although the foreign country could require its resident to report). This information reporting gap has been noted by international agencies, including the Financial Action Task Force and the OECD.

The Proposed Regulations attempt to plug this reporting gap and will, when finalized, provide the Treasury Department with tax information that (i) may be exchanged under a tax treaty or tax information exchange agreement (TIEA), and (ii) may be used for U.S. tax enforcement. The Proposed Regulations accomplish this by treating a DDE that is wholly owned by a foreign person as a domestic corporation for purposes of certain information reporting rules (under Code sec. 6038A). These reporting rules require the DDE to file Form 5472 annually and report certain transactions as if it were a corporation, as well as maintaining supporting records. The transactions required to be reported generally include any transaction, contribution or distribution between the DDE and its owner or other foreign related party. DDEs owned indirectly through other disregarded entities, be they foreign or domestic, are also required to report.

Penalties for failure to file Form 5472 are generally $10,000 per form plus an additional $10,000 for every 30 days the form remains unfiled 90 days after receiving notice from the IRS.  The penalties also apply to failure to completely and accurately fill out the form or to maintain supporting records. In recent years, the IRS has become very strict on enforcement of these requirements.

The reporting rules will not affect the substantive U.S. tax treatment of a DDE as disregarded as an entity separate from its owner.  However, the enhanced information reporting requirements spotlight U.S. inbound ownership structures. Inbound investors to the United States may wish to take this opportunity to review their legal and tax structures over the next several months before these Proposed Regulations become effective.

If you have any questions about the Proposed Regulations or U.S. inbound legal and tax planning, please contact your Meaden and Moore representative or Allen Littman at alittman@meadenmoore.com. 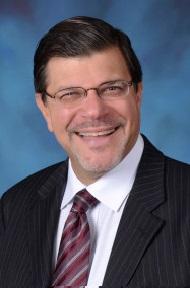