Attention, Virtual Currency Owners: Pay Your Back Taxes - the IRS is Coming for You

Taxpayers who own cryptocurrency should pay close attention to the IRS’s recent announcement. In July, the department announced they will soon crack down on taxpayers who fail to report their virtual currency transactions. Past activity will not be ignored. In this announcement, IRS Commissioner Chuck Rettig encourages taxpayers to meet their past tax obligations by amending prior returns and paying back taxes. 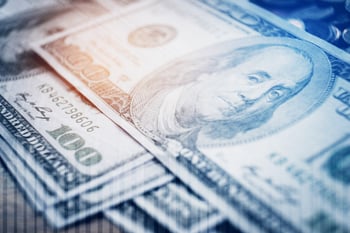 Last month, the IRS sent over 10,000 educational letters that explain what transactions are taxable, when taxpayers should report their transactions, and how taxpayers can remedy past reporting oversights. The IRS has a history of helping taxpayers understand the ins and outs of the tax law, so these educational letters come as no surprise. In 2014, the department released a taxpayer notice explaining how virtual currency should be reported and how it will be taxed. Last year, they unveiled a Virtual Currency Compliance campaign that deployed training resources to the public and collected taxpayer feedback. And most recently, they announced that official guidance on the taxability of cryptocurrency transactions is forthcoming. Although the IRS’s chief concern is enforcement, taxpayer education is high on their priority list.

How Cryptocurrencies Are Taxed – The Basics

There are two ways taxpayers use virtual currencies: as investments, or as currency.

Many individuals who hold virtual currencies do so purely for investment. Just like any other investment, virtual currencies can be purchased, held for appreciation, then sold for a gain. The tax law clearly outlines that these transactions should be treated the same as any other property transaction. Therefore, the taxpayer will owe taxes on the capital gain they recognize from their currency’s appreciation.

Although most do not, some companies accept virtual currencies as valid forms of payment. Microsoft began accepting Bitcoin as payment in 2014 and still to this day accepts the currency as payment on customer accounts. When taxpayers use virtual currency to purchase a product or service, they must report the transaction as a property sale subject to capital gains tax. Let’s look at an example:

A taxpayer purchased 1/8 of a Bitcoin for $1,000 in January 2018. Last month, they applied their 1/8 Bitcoin to their Microsoft account and received a $1,250 credit in exchange. The taxpayer should report and pay taxes on a long-term capital gain of $250.

If you have sold or purchased items with virtual currencies in the past, watch your mailbox for one of three educational letters from the IRS: Letter 6173, Letter 6174, and Letter 6174-A. All three letters tell taxpayers how to report and pay tax on cryptocurrency transactions. If you do not receive an IRS letter, don’t assume you are in the clear; you may still have a prior (or future) tax liability. The IRS admits they have bolstered their examination efforts of cryptocurrency transactions. If you fail to report yours, you will be liable for tax, interest, and penalties at a minimum, and perhaps even criminal prosecution.

If you have questions about your use of virtual currency, please feel free to reach out to us. We will connect you with one of our professionals who can address your concerns.