Update on Patent Damages Under the Panduit Test 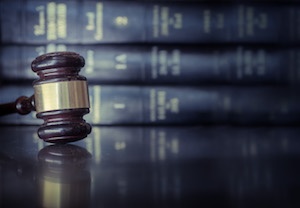 The Panduit factors for determining lost profits damages in patent infringement cases were established about 40 years ago. The courts still rely on this test when plaintiffs seek more damages than just reasonable royalties. Over the years, these factors have been challenged on various grounds – and could soon come under U.S. Supreme Court scrutiny.

Damages represent the sales the patent owner would have earned but for the infringement, less variable costs (such as raw materials and labor) the owner would have incurred to earn those sales. Under the Panduit test, a patentee may recover lost profits damages by establishing:

Some of the factors have evolved over time. For example, the Federal Circuit Court of Appeals, which hears all patent appeals cases, has allowed patentees to recover damages based on market share when acceptable non-infringing substitutes were available.

In 2017, a three-judge panel of the Federal Circuit issued a significant ruling involving the Panduit factors. In this case, Mentor Graphics sued its competitor Synopsys, claiming it produced a simulation-emulation technology that included features patented by Mentor Graphics.

The parties were the only suppliers in the market, and both supplied Intel. The jury awarded Mentor Graphics about $36 million in lost profits, and the defendant appealed.

Synopsys didn’t dispute that, for each infringing sale to Intel, Mentor Graphics lost a potential sale – or that the plaintiff satisfied all the Panduit factors for the Intel sales. Instead, the defendant argued that complex multi-feature devices require a change in patent damages law. Synopsys proposed a two-step process, where the patentee must 1) calculate the amount of profits lost from the infringement using the Panduit factors and 2) apportion its lost profits to cover only the patentee’s inventive contribution.

The court rejected this approach, finding that the Panduit factors already incorporate apportionment into the lost profits analysis. Specifically, the court ruled that requiring patentees to establish demand for both the product as a whole and for the absence of non-infringing alternatives ties the damages to specific claim limitations and ensures that they’re commensurate with the value of the patented features. Thus, satisfaction of the Panduit factors satisfies principles of apportionment, and, therefore, Mentor Graphics’ damages were tied to the worth of its patented features.

Notably, the court didn’t consider whether a different theory of “but for” damages would adequately incorporate apportionment principles. That question was left “for another day.”

The majority of the Ninth Circuit denied Synopsys’ subsequent request for an en banc review, but not without dissent. The dissenters contended that the panel opinion “simply does not apportion – even though it purportedly recognizes apportionment’s importance” – because the Panduit factors make no apportionment.

As of this writing, Synopsys is seeking review of the Federal Circuit’s decision by the U.S. Supreme Court. If the high court decides to hear the case, the apportionment debate may be settled once and for all.