How Journal Entries May Signal Fraud 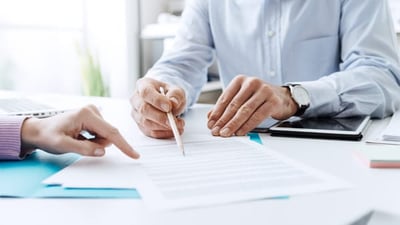 With a median loss of $800,000, financial statement frauds are the costliest type of white-collar crime, according to the 2018 Report to the Nations by the Association of Certified Fraud Examiners (ACFE). Fortunately, auditors and forensic accountants may be able to detect financial misstatement by testing journal entries for errors and irregularities. Here’s what they look for and how these tests work.

Statement on Auditing Standards (SAS) No. 99, Consideration of Fraud in a Financial Statement Audit, provides valuable audit guidance that can be applied when investigating fraudulent financial statements. It notes that “material misstatements of financial statements due to fraud often involve the manipulation of the financial reporting by … recording inappropriate or unauthorized journal entries throughout the year or at period end.”

Financial statement frauds come in many forms. For example, out-of-period revenue can be recorded to inflate revenue. Repair costs can be improperly capitalized as fixed assets to boost earnings. Accounts payable can be understated by recording post-closing journal entries to income. Or expenses can be reclassified to reserves and intercompany accounts, thereby increasing earnings.

To detect these types of scams, SAS 99 requires financial statement auditors to:

Forensic accounting experts also follow audit guidelines when investigating allegations of financial misstatement. And financial statement auditors may call on these experts when they notice significant irregularities in a company’s financial records.

AICPA Practice Alert 2003-02, Journal Entries and Other Adjustments, identifies several common denominators among fraudulent journal entries. Auditors will ask for access to the company’s accounting system to test all of the journal entries made during the period for signs of fraud.

Specifically, they tend to scrutinize entries made 1) to unrelated, unusual or seldom-used accounts, 2) by individuals who typically don’t normally make journal entries, 3) at the end of the period or as post-closing entries that have little or no explanation or description, 4) before or during the preparation of the financial statements without account numbers, and 5) to accounts that contain transactions that are complex or unusual in nature and that have significant estimates and period-end adjustments.

Other red flags include adjustments for intercompany transfers and entries for amounts made just below the individual’s approval threshold or containing large, round-dollar amounts.

SAS 99 specifically recommends “computer-assisted audit techniques,” which typically offer a more effective and efficient method of searching for unusual entries than manual testing. Computerized testing evaluates the entire dataset, reducing the risk of overlooking critical evidence. Such testing also allows fraud experts to devote more time to other aspects of the investigation, such as gathering information about the business and interviewing employees.

Computerized testing can prove particularly helpful in situations where manual testing is largely ineffective – for example, when entries exist only in an electronic format and the desired data must be extracted. In such situations, a forensic expert may use data extraction tools and other systems-based techniques to identify appropriate entries for further investigation.

One technique simulates different types of accounting transactions. The test follows the flow of transactions as they work their way through the system, uncovering any internal control weaknesses or programming that the fraud perpetrator might have embedded.

Computer-assisted journal entry testing doesn’t replace a skilled auditor or fraud examiner. Instead, these tools free up the expert’s time, allowing him or her to focus on high-risk journal entries and anomalies.