How Casual Assumptions Can Lead to Damages and Dilemmas 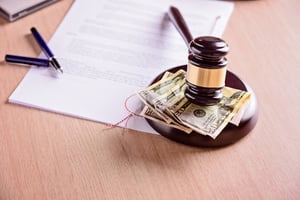 Whether due to time, cost, or other constraints, attorneys sometimes ask damages experts to simply assume causation. This article discusses a recent Texas Supreme Court case where that assumption backfired, substantially reducing the amount of damages awarded to the plaintiff.

In 2011, several members of the management team at Horizon, a healthcare consulting company, moved to Acadia, a competitor. The defecting managers also recruited one of Horizon’s top salespeople to join the competitor.

Some of the defectors copied Horizon’s documents before they left, including policies and procedures, “non-standard” contract language, financial models, monthly account listings, sales presentations, orientation materials, and legal files. The defecting salesperson copied lists of sales leads, marked some of them “dead” before resigning and added those to Acadia’s master contact list.

Horizon sued its former employees for several business torts. It also sued Acadia, alleging the competitor was liable for the defectors’ acts and omissions. The jury awarded Horizon (the plaintiff) almost $4.2 million in damages for future lost profits, approximately $55,000 for theft of property and trade secrets, and $1.75 million in exemplary damages.

The Fort Worth Court of Appeals subsequently held that the evidence for future lost profits was insufficient to support the jury’s award. It also remitted the exemplary damages to about $1.1 million based on the remaining $55,000 in compensatory damages. Horizon appealed the case to the Texas Supreme Court.

The jury’s award included lost profits related to the loss of a major contract due to the defendants’ misconduct. On appeal, the Texas Supreme Court noted that a plaintiff seeking lost profits damages from future business opportunities must establish that prospective customers would have done business with the plaintiff absent the misconduct.

But the state Supreme Court found that Horizon’s damages expert simply assumed causation. He specifically stated that he had no opinion about whether the company would have won the contract at issue if not for the defendants’ wrongful conduct.

In fact, the court found no evidence that the customer would have entered into a contract with Horizon, as opposed to some other company if it hadn’t signed a contract with Acadia. The evidence showed only that Acadia wouldn’t have won the contract absent the individual defendants’ misconduct.

The state supreme court upheld the Court of Appeals’ conclusion that the expert’s testimony was insufficient. Because Horizon’s expert admittedly assumed causation, the plaintiff failed to establish the fact of damages relating to the contract with reasonable certainty.

In this case, the expert’s assumption cost the plaintiff more than just the lost damages award. The court also held that the exemplary damages, while supported by the evidence, were excessive, in large part because of the ratio of the remaining compensatory damages of $55,000 to exemplary damages.

Don’t leave your clients vulnerable to such dire consequences. Ensure your damages experts can clearly explain the causation between the defendants’ acts and the clients’ losses.