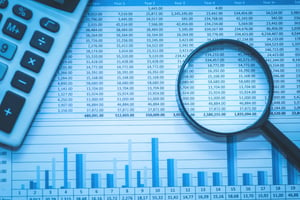 When it comes to fraud detection, the amount of available data in the company’s paper and electronic records can seem staggering. Fortunately, the field of data analytics continues to advance, arming qualified financial experts with the tools to mine massive mounds of data effectively and efficiently. Association analysis, outlier analysis, and cluster analysis are among the detection techniques that have rapidly gained footholds in today’s data-driven world.

Association analysis can be used to uncover relationships between data points. For instance, it’s the basis for Amazon’s “frequently bought together” feature and how Netflix makes suggestions based on previous selections.

In the fraud arena, this technique can help identify suspicious relationships by quantifying the odds of a combination of data points occurring together – in other words, the likelihood that, if one data point occurs, another will, too. If the combination occurs at an atypical rate, a red flag goes up. For example, association analysis might find that a specific supervisor tends to be on duty when inventory theft occurs.

Outliers generally refer to data points outside the norm for a given data set. In many types of data analysis, outliers are simply disregarded, but these items come in handy for fraud detection. Have you ever been contacted by your credit card issuer after making a large or out-of-town purchase? That’s outlier analysis in action.

Experts trained in forensic accounting techniques know how to distinguish and respond to different types of outliers. Contextual outliers are significant in certain contexts but not others. For example, when experts examine financial statements, a big jump in wages at a retailer might be notable in April but not in December, when seasonal workers come aboard.

Collective outliers are a collection of data points that aren’t outliers on their own but deviate significantly from the overall data set when considered as a whole. For instance, if several executives at a public company sold off substantial blocks of their stock in the business on the same day, it would present a collective outlier that might signal suspicious behavior.

In cluster analysis, similar data points are grouped into a set and then further subdivided into smaller, more homogeneous clusters. Data points within a cluster are similar to each other and dissimilar to those in other clusters. The greater the similarities within a cluster and the differences between clusters, the easier it is for an expert to develop rules that apply to one cluster but not the others.

Cluster analysis has long been used for market segmentation of consumers. But it’s also of value in detecting fraud, particularly when combined with outlier analysis. Outlier clusters – those that are farthest from the nearest cluster when the clusters are mapped out on a chart – generally are the first to merit extra scrutiny for suspicious activity.

For example, suppose a forensic accountant is hired to evaluate group life insurance claims for fraud. The expert could use cluster analysis to group claims. Additional testing would then target high-risk groups, such as clusters of large beneficiary payments, large interest payments, and long lags between submission and payment. Cluster analysis helps make an expert’s work more efficient and less costly for clients.

Don’t let the mountains of data overwhelm you or your clients. Qualified financial experts know the right tools to zero in on the telltale evidence of fraud.