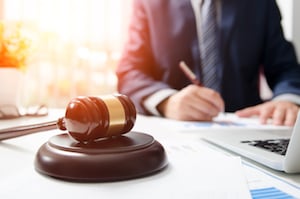 Back to the Drawing Board

In January 2013, a family-owned farm equipment company decided to exercise its right to buy out the only minority shareholder’s interest. Its corporate redemption agreement (CRA) gave the company the option to buy back the stock for a fixed price of $1,000 per share. The fixed price, which had been determined when the CRA was drafted in 1986, was subject to reappraisal under certain conditions.

A business valuation expert concluded that the shares were worth $615,000 as of December 31, 2012. So, the circuit court ordered the company to pay an additional $105,000 for the minority interest. Again, the case was appealed.

Challenges to the Valuation

This time, the minority shareholder challenged the business valuation on several grounds. Among other things, he argued that:

The appeals court agreed that the expert shouldn’t have applied the minority discount. It also found that the lower court’s instruction regarding compensation would be moot if the expert had, in fact, performed an independent analysis of whether the owner’s compensation was reasonable.

Unfortunately, the expert’s valuation report didn’t make clear whether the expert had applied a minority discount or conducted an independent compensation analysis. Although the report didn’t discuss a specific minority discount, it stated that the value was “based on a minority cash flow.” And, while the report suggested that the expert had analyzed the owner’s compensation, it didn’t include any details, such as the use of industry compensation ratios. Assessing whether valuation discounts apply and determining if owners’ compensation appears reasonable are standard procedures when valuing a business.

Because the expert’s report wasn’t clear regarding these issues, the case was sent back to the circuit court for a new valuation.