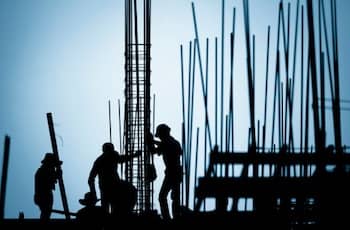 Builders risk claims often include numerous complex issues. Delay-in-Completion claims add a layer of complexity with General Conditions and Construction Loan Interest. Each can involve significant claim dollars, and may be a source of dispute and confusion.  Part one of this series focused on General Conditions measurement deficiencies and considerations within Delay-in-Completion claims. Part two of this series focuses on Construction Loan Interest.

Please click here for Part one on – General Conditions.

The proper flow of funds on a construction project is critical to the existing construction project as well as other concurrent and future projects for developers and contractors. Construction projects are capital-intensive, and construction loan interest is often the largest component of a Delay-in-Completion claim. A thorough understanding of the financing mechanism(s) of a project during and after the construction phase is necessary to determine the potential for additional interest expense exposure that may be incurred by insured parties in the event of a delay related loss. Additional considerations include the security interest encumbering the property improved or created, the repayment provisions of the loan agreement, and the insured’s intent to repay the loan upon completion of the project.

1. The funding mechanism(s) financing the land acquisition and construction costs.

2. The term and other provisions of the loan agreement, i.e., the drawdown and repayment period considered, including the permanent financing mechanism and how it was affected. Many financing agreements specify a time period in which the construction project should be completed in order to adhere to the loan covenant. The lender may have the right to cancel or call the loan if the covenant is violated.

Key measurement questions to ask the insured regarding additional interest expense during the delay period include:

1. Is there a principal amount of money borrowed and repayable at some interest rate and within a defined time period?

2. Has money been advanced in return for an equity interest in the insured’s company, with repayments to be made, in whole or in part, out of profits? Is this interest preferred over some other subordinate interest, or subordinated after some preferred interest?

3. Were any loan proceeds used to acquire the property, and potentially part of the construction loan interest being claimed?

4. When were advance payments made and how should these be used to offset the claim for additional construction loan interest, if considered at all?

5. How has the scope of the insured’s construction (non-loss related work) changed since the beginning of the project and since the date of the loss? What is the effect on the loan balance?

6. Is the insured making a claim for the lost profits related to lost sales (of condo units, for example) that were only delayed and how is this delayed sale amount incorporated into the interest payment?

7. Does the business interruption loss include interest as a continuing expense?

Answers to some mix of these questions will help prepare a better measurement. However, issues may still arise as described in the examples below:

Example of Issues that Arise

The developer is the insured.

1. Lost Opportunity Costs – A developer acquires a historic post office building with the underlying land in downtown Boston.  The developer acquires the property using capital from the proceeds of the record breaking sales of another condo development in Boston.  The scheduled completion date of the current hotel / residential condo project is December 31, 2015. On November 30, 2015, several pipes freeze and burst, sending water cascading down into the lower floors. The developer submits a Delay-in-Completion claim for 4 months, asserting that it lost its ability to use the anticipated return of capital that the sales of the units would have produced.  Under typical Delay-in-Completion definitions, this would not constitute additional construction loan interest. However, specialized wording or definitions may precipitate a need to analyze the developer’s weighted average cost of capital. Furthermore, additional review of the funds that financed the acquisition of land and the funds that financed construction may be necessary.

A second issue in this example is the existence of a potential business interruption loss of the hotel operation arising from its delayed opening. If a traditional construction loan was used, and was to be converted to a mortgage to be paid out of the operations of the hotel, then a close examination of the soft cost and business interruption claims will be needed to avoid duplication of the interest expense between the two claims.

2. Line of Credit Interest – Assume the same set of facts as above, except that the developer finances part of the land acquisition with a $20 million mortgage and finances the construction with a construction loan of $85 million. During the delay period, the developer draws down its line of credit to pay the required interest-only payments on the construction loan, while it waits for insurance proceeds. The developer is thus incurring interest on the line of credit in order to adhere to the loan covenant and related interest payments. By doing this, the project is incurring interest on interest, which may not fit the definition of construction loan interests under a soft cost policy wording.

3. Bond Interest – The same insured issued $20 million in 10 year notes with an annual interest rate of 7% to finance the project. The insured included 4 months of interest due to the Delay-in-Completion as part of the soft cost claim. This amount would typically not constitute additional construction loan interest because the term of the bonds is fixed and not affected by the delay in completion.

The goal with each measurement is to identify the relevant issues early on in the claims and measurement process, seek the underwriter’s instruction on the constraints of the policy, and provide a thorough explanation for the adherence to those constraints in arriving at the measurement.

Sean began his career with Meaden & Moore in 2002 after graduating from college. His areas of expertise are in investigative accounting for commercial property and marine insurance claims as well as litigation and liability defense, fidelity, product recall and product liability. His experience includes business interruption, extra expense, inventory and contents, builders’ risk and employee dishonesty claims in a wide variety of fields and industries.

Sean has worked on a multitude of engagements from small retail locations to multinational conglomerates.  He has acted as an appraiser and has served as an expert witness in several large high profile cases. He is well- versed in most types of commercial and liability insurance coverage and has gathered a wealth of experience in many industries.

Patrick has nearly two decades of experience working in the area of forensic and investigative accounting fields.  He has extensive experience in the commercial insurance claims area, evaluating claims of financial damages, including business income, property and fidelity matters ranging from $50,000 to $150 million in damages.

Patrick’s engagements included a variety of different industries including agriculture, manufacturing, hospitality and construction.  As a result of his experience, Patrick has also been involved in a number of litigation support and arbitration engagements where he has provided support and expert testimony