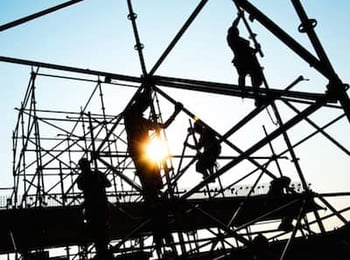 Builders risk claims often include numerous complex issues. Delay–of-completion claims add a layer of complexity with General Conditions and Construction Loan Interest. Each can involve significant claim dollars, and each can be a source of dispute and confusion. Part One of this series will focus on General Conditions measurement deficiencies and considerations within delay-of-completion claims. Part Two of this series will focus on Construction Loan Interest.

“General Conditions” is a construction term, typically understood to be a catchall for construction overhead and other project expenses that are not trade specific. Because the term is often perceived as vague and all-encompassing, it provides occasion for the potential overstatement of claimed and measured amounts.

General Conditions, depending on the wording of the construction contract, may involve either on-site or off-site expenses for some or all of the parties engaged in the project (owner/developer, general contractor, construction manager, design builder, etc.). These expenses are typically not trade-specific, like carpentry work or plumbing would be, but they are still costs required to complete the project.

To ascertain which General Conditions are claim related, key information is necessary. Some information may present coverage or adjusting issues for the underwriters and adjusters to address.

Asking some mix of these questions should allow the measurement to be prepared accurately, subject to the coverage advice of the underwriter or adjuster. However, problematic issues or potential areas of dispute may still arise, as demonstrated in the following examples.

1. Relationship Between the Project Fee and General Conditions

The general contractor / insured and insurer agree that there is a delay as a result of a covered peril. The loss results in a 4-month delay, and the insured parties assert a claim for $25,000 per month based on the historical average General Conditions. The General Conditions have yet to be incurred, but the estimate includes costs as follows:

Prior to the loss, only trailer rentals and project manager time were included in the General Conditions. Moreover, the prime contract specifically delineates what costs are allowable v. excluded. Home office rent is specifically excluded and superintendent time is included in the fixed fee that the general contractor is charging on the time and materials of the job.

The corrected claim for general conditions costs is $9,000 per month during the delay period.

The insured makes a claim for project management time of $7,000 under the General Conditions component of its costs.  The insured sustains a bona fide delay of 4 months.  However, the project manager is seen at multiple other construction sites prior to the loss, during the reconstruction and the resulting delay period.  Timesheets support that the project manager is actively involved in three different construction projects.  The question of what the insured is owed may become more complicated than simply allowing 1/3 of the incurred costs attributable to the loss site during the delay period.

Part Two of this series focuses on Construction Loan Interest, often the most significant part of a delay-in-completion claim. Click here to read.