The Bipartisan Budget Act of 2018 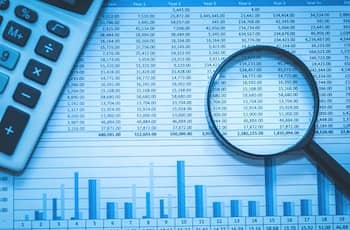 The ink on the Tax Cuts and Jobs Act (TCJA), which swept in a tidal wave of changes to federal tax rules, had been dry for only seven weeks before Congress passed more legislation that could affect many taxpayers. The Bipartisan Budget Act of 2018 (BBA), which President Trump signed into law on February 9, 2018, contains several tax-related provisions that could reduce the amounts some taxpayers owe for the 2017 tax year.

The BBA extends for one year a set of tax provisions, known as “extenders,” which expired at the end of 2016. Key provisions that have been extended include:

Exclusion of discharge of mortgage debt. The BBA extends homeowners’ ability to exclude from gross income mortgage debt on a principal residence that was forgiven in 2017 (for example, as a result of a foreclosure, short sale or loan modification). It also modifies the exclusion to make it apply to debt discharged later than 2017 but according to a written agreement that was entered into in 2017. Without the extended provision, taxpayers would have to pay income taxes on the amount of mortgage debt forgiven.

Incentives for empowerment zones. Empowerment zones are located in economically distressed areas. The BBA extends through 2017 the tax incentives — including tax-exempt bonds, employment credits, increased expensing and certain gain exclusion — for certain businesses and employers to operate in empowerment zones.

The BBA also contains several other provisions that could affect federal taxes, including those related to:

Estimated corporate tax payments. The BBA repeals a rule in the Trade Preferences Extension Act of 2015 regarding the payment of certain estimated corporate taxes. The rule would have required corporations with assets of at least $1 billion to increase the amount of the estimated taxes installment due in July, August or September of 2020 by 8%, with the next required installment (due in October, November or December of 2020) reduced accordingly.

Senior citizen tax returns. Beginning with their 2019 taxes, taxpayers age 65 or older should be able to file their federal income taxes on a new Form 1040SR. The BBA directs the IRS to develop a form that is as simple as Form 1040-EZ, Income Tax Return for Single and Joint Filers With No Dependents. It will allow reporting of Social Security and retirement distributions, interest and dividends, and certain capital gains and losses.

Natural disasters. The BBA provides tax relief for people affected by the 2017 California wildfires. That includes an employee retention tax credit and special rules regarding early distributions from retirement plans and deductions for personal casualty losses due to the fires. The BBA also extends similar tax relief that had previously been provided to eligible taxpayers in disaster areas hit by Hurricanes Harvey, Irma and Maria.

Whistleblower awards. Two amendments clarifying whistleblower rights made their way into the BBA. The first makes clear that whistleblowers awarded money under the Dodd-Frank Act and state False Claims Acts — not just under the Federal False Claims Act and federal tax laws — are entitled to an above-the-line tax deduction for their attorneys’ fees. This treatment prevents double taxation of the fees (first as part of the entire amount received by the whistleblower and again on the amount paid to the attorney).

The second amendment defines “collected proceeds” to include criminal fines and civil forfeitures. In some cases, the IRS has argued that the amount of proceeds — which determines the amount of IRS whistleblowers’ awards — was limited to proceeds collected under the Internal Revenue Code (for example, the tax cheat’s penalties and interest), thereby excluding the consideration of criminal fines and civil forfeitures from the awards.

The BBA’s inclusion of provisions applying retroactively to 2017 taxes is sure to cause some confusion, particularly for those taxpayers who have already filed their tax returns. The IRS has indicated that it’s reviewing the BBA and plans to provide additional information as quickly as possible. Taxpayers whose returns are filed will likely need to file amended returns to take advantage of the benefits described above, but the IRS could provide an alternative solution. Please contact us with any questions. 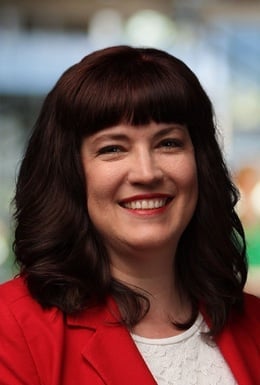