As part of a larger spending package that was signed into law on December 20, 2019, Congress passed the Setting Every Community Up for Retirement Enhancement Act (SECURE Act). The SECURE Act’s goal was to improve retirement plan access and make it easier for small businesses to manage group plans. Today, Congress is considering passing a SECURE Act 2.0. This law has been in the works for months, but members of Congress are approaching an agreement, and it’s likely we will see a SECURE Act 2.0 passed later this year. Here’s what you can expect from the new bill.

The original SECURE Act encourages employers to automatically enroll participants in their retirement plans by providing a tax credit to those who add this feature to their plans. Automatic enrollments tend to improve participation rates for the businesses (which can reduce per-participant costs) and increase retirement savings for participants.

The SECURE Act 2.0 hopes to expand this feature by requiring employers to have an automatic enrollment feature on newly created 401(k)s, 403(b)s, and savings incentive match plans for employees (SIMPLE plans). Participants would be automatically enrolled in these retirement plans at 3% of their salary unless they opt out.

Very small businesses – those with fewer than 10 employees – would be exempt from these requirements.

Most retirement plans require participants to begin drawing from their accounts once they reach a certain age. The distributions they’re required to take (called required minimum distributions – RMDs) vary based on the account value and the participant’s age, life expectancy, and working status. Individuals who do not withdraw all that is required must pay a penalty of up to 50% of their annual RMDs.

The original SECURE Act raised the RMD age from 70 ½ to 72. The SECURE Act 2.0 hopes to raise it to 75. This feature would get phased in slowly over the next ten years. The SECURE Act 2.0 also proposes lowering the penalty from 50% to 25%, or to as low a 10% if the individual corrects their mistake in a timely manner. These changes would give retirees more freedom over their investment earnings. If they do not need the money, they can let their retirement savings grow tax-free for a few more years before pulling from their balance.

The SECURE Act 2.0 is still in flux. Last year, the Senate introduced a retirement plan bill called the Improving Access to Retirement Savings Act, and in May, the House Ways and Means Committee passed a sister bill called the Securing a Strong Retirement Act. The hope is that these bills will merge to form a SECURE Act 2.0. Currently, a second SECURE Act has large bipartisan support, so we anticipate a bill will be passed later this year. We cannot know for sure what this combined bill will look like, but we expect it to include most of the provisions we’ve discussed above.

If you want to know how you can prepare for these changes as a plan sponsor or as an individual participating in an employer-sponsored plan, reach out to your Meaden and Moore advisors today. 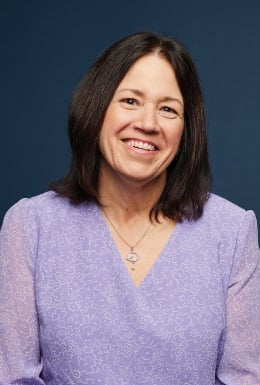