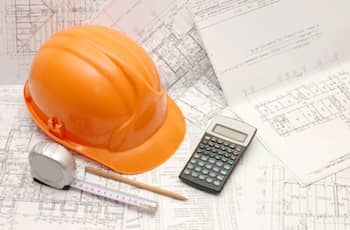 2. Accounting for Variable Consideration, and

The guidance defines the concept of a distinct performance obligation as goods or services (or a bundle thereof) that a customer can benefit from independently or from resources that are readily available to the customer.

Generally speaking, a customer cannot benefit from any one component of a construction project.  For example, a partially constructed building doesn't have much use to the project owner. Therefore, the various contractual obligations within most engineering and construction contracts will be 'bundled' and accounted for as a single performance obligation; however each project is unique and separate units of accounting are possible.

For instance, some firms offer both design and build services. Oftentimes, design-build services are so interrelated that it only makes sense for the same firm to perform both services. Other times, the arrangement allows for the customer to utilize the design services yet choose another firm for construction.

If however, the customer opts to hire the same firm for both, each service would generally be separate performance obligations, as the customer can benefit from each service separately with plenty of readily available contractors to build the project.

Another example of separate performance obligations would be a contract to build and maintain a project whereby the maintenance services could be performed by a different firm and are not interrelated with the construction services.

On the other hand, two seemingly separate performance obligations might be so interrelated that only one unit of accounting is appropriate.

The task force cites an example of a contractor who is employed to construct a bridge as well as procure and fabricate critical materials in its construction. Even though another firm might be able to perform these services together and/or separately, the success of the project and the ultimate benefit to the customer requires that the risk of each obligation to be interrelated.

As construction projects become ever more complex and delivery methods ever more sophisticated, so too grows the complexity of contractual terms and compensation.

Most construction projects have a base estimated price at the onset; however, change orders, known as a contract modification under the new rules, are common place in the industry. Change orders can be initiated by various parties, such as when a project owner desires to alter the scope of the project or when a contractor seeks additional compensation for unforeseen circumstances such as owner-imposed delays.

Moreover, in the fast-paced environment of a construction project, often times change orders remain vague or unpriced long after the construction has commenced. Ultimately, these dynamics can lead to claims against the project owner or back-charges to the contractor.

Incentive and penalty provisions are also prevalent in a construction project.  A common example is in the retail, entertainment and hospitality industries where a contractor is awarded a bonus for early completion or a penalty for late completion. Other times, an arrangement might compensate a contractor for meeting financial or other performance goals.

These contingencies are known under the new guidance as 'variable consideration' and requires the contracting firm to estimate and adjust the contract value using one of two methods; a) the expected value method or b) the most likely amount method.

The new rules emphasize that the chosen method be the one that best predicts the ultimate amount of compensation due to the contracting firm. For example, the expected value method is generally preferred when there are numerous potential outcomes, whereas the most likely amount method would be preferred in an all-or-none scenario.

Accounting for a contract claim is a good example where the expected value method would seem appropriate. This is due to the fact that there are numerous outcomes when claims are negotiated or litigated.

For instance, let's assume that a contractor seeks additional compensation for customer imposed delays. Assume the contractor is seeking $100,000, but the expected amount to be received is only $83,750 based on the following probable outcomes:

Conversely, let's assume that a contractor is entitled to an incentive award of $100,000 for early project completion, otherwise there is no additional compensation. In this all-or-none situation the most likely amount method would appear most appropriate.

The new guidance emphasizes that firms are to apply the chosen method consistently throughout life of the contract as well as consistently apply the method to other contracts with similar characteristics and circumstances.  Similar to current rules, a contractor is required to estimate and record revenue only to the extent that a significant reversal is not probable in a subsequent accounting period.

As engineering and construction firms can attest, contracts with customers can take-on many different forms.  Contracts can be fixed-price, cost-plus-fee, time and material or a combination thereof.  In addition, a construction project can be comprised of various phases, trades and disciplines, and stakeholders who share in the risk and reward of successful project execution and completion.

In measuring contract performance, commonly referred to as the percentage-of-completion, these attributes should be considered in determining the most appropriate method. The new guidance is similar to current rules in that the method used to measure progress should be the one that best depicts the transfer of good and services to the customer.

Again, similar to the current rules, measuring progress falls into either an a) output method or b) an input method.  Examples of output methods include surveys, appraisals, milestones achieved, and units produced. Conversely, input methods measure the efforts expended to date, rather than the output achieved to date, and include labor hours, labor dollar, and costs incurred to date relative to the total estimated amount at contract completion.

In selecting the most appropriate method to measure progress, contract terms should be considered such as termination rights, right to payment, and the legal title to work in process.

For example, contracts with the federal government normally provide the government the ability to terminate a contract if it is determined to be in the best interest of the tax payer. In these circumstances, the contractor normally is able to recover all costs incurred to date, plus a reasonable provision for profit. Accordingly, these contract terms would seem to preclude the use of an output method in that the contractor is entitled to recover cost and profit for work performed but not yet delivered.

Currently, most engineering and construction firms utilize the cost-to-cost method to measure the contract percentage-of-completion. The percentage-of-completion is based on the ratio of costs incurred to date relative to the total estimated contract cost. Under the new revenue rules, this method is still permitted; however, there are instances whereby certain costs should be omitted in measuring progress in satisfying a performance obligation.

For instance, costs for significant inefficiencies or wasted materials are not to be included in the calculation of contract percentage-of-completion. Instead, these costs should be charged as incurred without recognition of revenue.

Although the new revenue recognition rules introduce new terminology and a few new concepts, ultimately it does not appear that they will significantly impact the financial reporting for the majority of engineering and construction firms. Having said this, each firm is different and each project and contract is unique and should be evaluated carefully.

The new guidance does not become effective for non-publicly traded companies until annual reporting periods beginning after December 15, 2018. Nonetheless, engineering and construction firms should begin to assess the impact of these new rules as soon as feasible.