Wayfair Revisited - How Are States Reacting to the Decision? 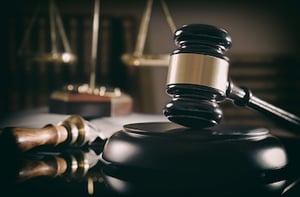 Eight weeks ago, the U.S. Supreme court ruled in South Dakota v. Wayfair that states may now require online retailers to collect sales taxes, even without physical presence in the state. The ruling overturned Quill v. North Dakota, the 1992 decision that stated physical presence was a requirement to levy sales taxes on an out-of-state business. While Wayfair does not change any state-specific legislation, it creates new taxing opportunities for local jurisdictions. Most states will not see an uptake in tax revenues just yet, but with a few tweaks to their existing laws, they may be able to cash in, and online retailers may find themselves facing a few more compliance requirements than they anticipated.

Most practitioners estimate that, in due time, all state and local jurisdictions will levy sales taxes on remote sellers. Interestingly, many states’ laws as written do not allow them to do so at the moment. In fact, only a handful of states have regulations in place that would. These laws introduce an “economic nexus” standard for sales taxes, meaning the state would only have to prove that an out-of-state seller has an economic presence in the state before subjecting them to the state’s taxing laws. Let’s look at a few examples:

Since Wayfair, many more states have followed suit and introduced legislation establishing an economic nexus standard, including Indiana, Tennessee, and Massachusetts, to name a few. These states’ laws are still pending, so taxpayers should continue to monitor them, and should especially pay attention to the legislations’ proposed effective dates. So far, no states have chosen to apply Wayfair retroactively, but many states’ effective dates are set around the time that Wayfair was decided. These laws may not get passed for months yet, but it will be your responsibility to report and pay sales taxes as of that effective date.

Because Wayfair is such a monumental change for all of us, some states have chosen to take a charitable approach to enforcing their laws by issuing guidance to help with the transition. Here are a few examples of such guidance:

Even though Wayfair was conduit of bad news for many taxpayers, you can use it as an opportunity to reassess your sales tax risk. Over the next six months or so, you will see states issue new legislation and offer guidance on existing laws, both of which may require you to alter your risk assessment. Take the time to do a deep dive into your sales tax strategies and truly understand how much of a compliance risk you are willing to take on. The cost of compliance may not have been worth the risk in the past, but it may be worth it now.

Over the next coming months, we recommend that you do the following: (1) if you are a reseller, collect exemption certificates from all of your customers, and (2) keep good sales records. In the event of retroactive law changes or an audit, you will be prepared.

If you have further questions about the Wayfair decision, or if you would like our help creating a sales tax risk assessment, contact us here.