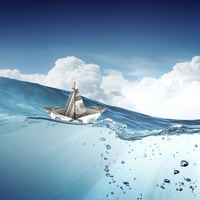 As an update to our June 2, 2020 blog entitled “SHOULD YOU APPLY FOR PPP LOAN FORGIVENESS NOW?” the U.S. Senate passed the House version of Paycheck Protection Program Flexibility Act legislation by voice vote with unanimous consent on Wednesday night (June 3, 2020). The bill now heads to President Donald Trump, who is expected to sign it.

Although we will have to wait for specific rules to be issued again by Treasury and the Small Business Administration (SBA), as was stated in more detail in our earlier blog, some of the more relevant changes include:

We will continue to monitor the bill as it goes to President Donald Trump for signature, and once signed, the additional guidance issued by the Treasury and SBA. If you want to discuss these provisions and the possible impact on decision making, please contact us.