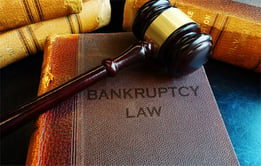 In a recent fraudulent transfer case, flaws in the financial expert’s testimony proved to be the trustee’s Achilles’ heel. The trustee showed that the debtors transferred a property interest without receiving reasonably equivalent value. But the bankruptcy court concluded that the trustee didn’t meet his burden of proving the transfer was fraudulent. Here are the details.

The debtors were a manufacturer of composite paneling used in construction (SPI) and the holding company that was formed to facilitate the July 2014 acquisition of SPI by Thompson Street Capital Partners (Holding). Holding was controlled and principally owned by Thompson Street.

Holding purchased the stock of SPI. But Thompson Street funded the purchase with cash directed to Holding as a $20.3 million capital contribution and $16 million loan.

As part of a refinancing transaction in September 2014, SPI and Holding jointly borrowed about $14 million. It was immediately transferred to Thompson Street to partially satisfy the debt for which only Holding was obligated. After SPI and Holding filed for bankruptcy in July 2016, the trustee sought to avoid transfer.

A trustee generally can avoid transfers made within two years before a bankruptcy filing if the debtor didn’t receive a reasonably equivalent value for the transfer and:

The court found that SPI didn’t receive a reasonably equivalent value for the transfer of $14 million borrowed jointly by the debtors. Only Holding benefited from the transfer because SPI wasn’t obligated to pay the Thompson Street loan.

But the trustee’s expert testimony and other evidence didn’t establish the “fragile financial conditions” the trustee also needed to show to prove that the transfer was fraudulent. For example, although SPI’s total assets exceeded its total liabilities by approximately $20 million, the trustee’s expert concluded that SPI was insolvent at the time of the transfer — because the majority of the assets were intangible. However, the court said that intangibles should be considered when determining solvency.

It credited Thompson Street’s expert’s testimony that SPI’s assets significantly exceeded its liabilities. The court noted that the expert properly relied on industry data, market conditions, SPI’s audited financial statements and the results of a transaction between unrelated parties.

The court addressed the capital and ability to repay debt questions — which it referred to as the adequate capital and cash flow tests — together. It found Thompson Street’s expert’s testimony that SPI satisfied the two tests “significantly more persuasive” than the testimony by the trustee’s expert.

Finally, the court questioned his decision not to even consider the forecasting and projections Thompson Street had prepared at the time of the acquisition as part of its thorough due diligence. By contrast, the other expert prepared a “base case” using the conservative projections Thompson Street relied on when making the acquisition decision and tested it with a sensitivity analysis that was supported by a wealth of data.

The court concluded that the absence of proof of fragile financial conditions doomed the fraud claim against SPI. As a result, the claim against Thompson Street also failed.