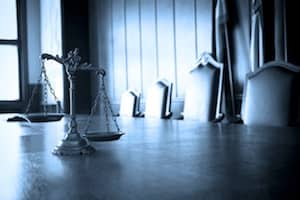 Securities fraud cases rarely make it to trial, but those that do are often noteworthy. For example, a recent class action lawsuit gave the Seventh Circuit Court of Appeals the opportunity to weigh in on the “leakage model” for estimating stock price inflation. Although the court accepted the validity of the model, it imposed some restrictions on its use by adopting a burden-shifting analysis.

Glickenhaus & Co., et al. v. Household International Inc., et al. was filed in 2002 under Section 10(b) of the Securities Exchange Act of 1934 and the SEC’s Rule 10b-5. The plaintiffs alleged that on numerous occasions the defendants, a consumer lender and its executives, had misrepresented its lending practices, delinquency rates and earnings.

At trial, the jury was asked to determine how much the stock was overpriced due to the misrepresentations. The plaintiffs’ expert presented two loss-causation models for measuring stock-price inflation: the specific disclosure and leakage models. The jury adopted the leakage model and awarded the plaintiffs $2.46 billion.

Challenge to the Leakage Model

On appeal, the defendants attacked the evidence of loss causation. To prove causation, the plaintiffs needed to establish that the price of the stock they bought was inflated — higher than it would have been without the false statements — and that the price declined after the truth was revealed. According to the Seventh Circuit’s opinion, proving loss causation requires “sophisticated expert testimony, and the plaintiffs hired one of the best in the field.”

Using the leakage model, the plaintiffs’ expert calculated every difference, both positive and negative, between the stock’s predicted returns and its actual returns (during the disclosure period when the truth was revealed). The expert assumed that the total sum of these residual returns was the effect of the disclosures, while the amount the stock was overpriced on any given day was the sum of all subsequent residual returns.

The plaintiffs’ expert found that the total sum of the residual returns during the relevant period was $23.94 per share. So if, on any given day, the sum of the subsequent residual returns exceeded this amount (due to the ups and downs of the market), the expert replaced it with this figure ($23.94).

The court noted that, though the leakage model accounts for market movement generally, it doesn’t account for the extent to which company-specific, non-fraud-related information might have contributed to share price decline. The expert testified that he’d looked for such company-specific factors during the relevant period and didn’t find any significant trend of positive or negative information — apart from the fraud-related disclosures.

If the defendants can provide such information, the burden shifts back to the plaintiffs to account for it or present a loss-causation model that doesn’t suffer from the same problem. The court suggested that an expert could avoid the issue by simply excluding from the calculation any days the defendants identified on which significant, firm-specific, non-fraud-related information was released.

Although the appellate court upheld the viability of the leakage model, the plaintiffs didn’t prevail. The court ultimately determined that the evidence didn’t adequately account for the possibility that non-fraud-related information could have affected the share price decline. A new trial was warranted, consistent with the burden-shifting approach the court described.

The Seventh Circuit Court of Appeals in Glickenhaus & Co. v. Household International Inc. (see main article) also addressed what it means to “make” a false statement in connection with the purchase or sale of a security in violation of the SEC’s Rule 10b-5.

The defendants argued that the district court erred by instructing the jury that the plaintiffs had to prove that the defendants “made, approved or furnished information to be included in a false statement of fact.” They claimed that the “approved or furnished information” language misstated the law and essentially held them liable for false statements they didn’t “make.”

The defendants cited the U.S. Supreme Court case, Janus Capital Group v. First Derivative Traders. There, the Court found that someone who makes a statement must have ultimate authority over the statement, including its content and whether and how it’s communicated. The district court reasoned that the ruling applies only to legally independent third parties, rather than to corporate insiders.

The appellate court interpreted the Janus holding to apply generally — not just to corporate outsiders. Thus, the high standard in Janus also applied to the corporate insider defendants, and the jury instructions, which used a lower standard, directly contradicted the high court’s ruling.