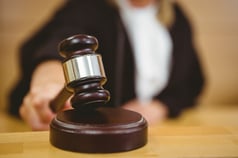 Coronavirus and its impact on the world will remain in our thoughts for many years to come...I did warn you that the next few blogs might start this way. You will hopefully recall the details from my previous summary regarding the original FCA test case, if not please read it here. Due to uncertainty in coverage from property damage business interruption policies in the UK, the Financial Conduct Authority (FCA) brought a ‘class action’ style test case on behalf of insureds against insurers. Groundbreaking and one of the first of its kind. Well, the Insurers appealed on a number of issues, and to expedite the process, the case went directly to the Supreme Court. The judgement was published on 15 January 2021, and the full detail is shown here. The FCA updated the rather useful table, which provides the best summary of the results. I provide below my take on the rather surprising and (some consider) radical findings.   I’ll keep it brief, won’t cover old ground and will focus on the claims perspective.

The judges mainly took the same stance as before, but went further in some aspects, and confirmed points raised in the initial test case. The surprising part was confirmation of the complete dismissal of the Orient Express Hotels (OEH) case, particularly as two of the appeal judges were directly involved that that original decision.

The appeal judgement left no one in any doubt. There was a full dismissal of the judgement in the OEH case. It was stated in the FCA appeal that expected revenue should be calculated as if the ‘Insured Peril’ did not exist. Sounds simple until you scratch below the surface and look at what ‘came before’.

I said I wouldn’t cover old ground, so in summary, the appeal case referred to this ‘but for’ position as the ‘counterfactual’. The OEH decision had previously stated that expected revenue in the counterfactual must be ‘but for the damage’ using a strict interpretation of the wording (instead of ‘but for’ the hurricane). This left expected revenue much lower (and therefore the claim much lower), as it assumed the revenue would have been impacted by the hurricane in any event, whether the hotel was damaged or not.

So, it is now confirmed that in the ‘quantification machinery’ the counterfactual should take the position if the Insured peril had not occurred. In OEH it should have been ‘but for the hurricane’, stripping out the impact of the hurricane, with expected revenue higher as a result. In the FCA case where a clause covers losses from infectious disease, it should be ‘but for the disease’.

The basic claims impact is that, if performance was rising pre-incident, the expected revenue figure is raised to a comparatively higher level, and therefore increases the calculation of loss. It also means that in some cases, if performance and revenue has improved as a result of the Insured peril, there might be a ‘windfall gain’ and therefore no claim.

As previously discussed, this issue has been around for decades and although it was not necessarily applied in practice, the risk was always there for policyholders. We now have clarity on the treatment, and although this is a UK case, the rest of the world that use the gross profit form as a basis of cover are likely to take the findings into account.

Having dealt with the surprise, now for a selection from the rest, which could be described as radical, but actually attempt to follow logic.

I promised at the outset to cover the claims perspective as I am not a lawyer, and to not get tied up in the wording weeds. So what does this mean? For the period of loss, an individual case within a specified radius can be the trigger and commence the period of loss. It was also found that Government action (whether stated in law or not) could also be a trigger where appropriate.

Could it technically also mean that each occurrence can be treated as a separate claim, with a separate limit and a separate deductible? For occurrences in the same area, if logic is applied, this shouldn’t change the impact, as the business can only claim once for their loss. It depends on the wording, but I assume we might avoid treating each individual occurrence within a radius as being within the deductible, with therefore no claim materialising. But for multiple locations within the same Insurance group this might be a different story.

Now, where have we seen this before? We have to draw the comparison with natural catastrophe (NAT CAT) wide area damage again. The ‘72 hour clause’ often used for NAT CAT cover aims to link together separate occurrences as one single event if they are effectively part of the same cause.

Cause and the counterfactual

Although it could possibly be different treatment for individual occurrence claims, in the case of most disease clauses, if each occurrence is indivisible and caused the overall Government action, it was found that they should definitely be viewed as one single cause in the consideration of trends in the counterfactual. In other words, the ‘But for’ position should consider the disease and its impact as a whole, no matter how many local occurrences there were. For disease clauses, the counterfactual should reflect the expected performance of the business if there was no disease or Government action.

This shouldn’t be confused with the position in pure prevention of access though, as discussed in the summary seminar hosted by 3BV featuring the QC’s Tom Weitzman, Colin Edelman and Adam Kramer plus Greig Anderson, Partner at Herbert Smith Freehills. If the Insured peril is prevention of access (with reference to a government authority), it seems that the Insured peril is (without stating the obvious) prevention of access. If there is no mention of disease cover, then the disease is not the cause or the trigger and the effects must remain in the counterfactual scenario. At the risk of losing my audience, may be I should move onto my final comment on pre-trigger losses.

At first glance, some people thought this point was more radical than it actually is. As I understand it, it is only mentioned in relation to our favourite ‘counterfactual’ calculation, and actually attempts to follow logic.

If the policy is triggered, but the impact of the overall pandemic actually began at an earlier date, that impact doesn’t belong in a ‘but for’ trend. The pre-trigger period will show the start of the decline in performance from the same Insured peril (and its underlying cause). Although an Insured can’t claim for those pre-trigger losses (the period of loss has not begun), the losses should not be recognised when establishing expected revenue.

We now have clarity, and this clarity will be reflected in insurance policies. The intention of the insurance should be made clear, whether the cover is in place….or not. This could now be an informed decision, but one which may be out of our hands.  As discussed in our panel session last year, such systemic risks are probably for Governments rather than insurance companies.

As usual, each individual case must be considered separately, and even if two businesses have the same policy wording, the calculations will be completely different. There are many issues still to deal with including loss mitigation (both actual and possible). As stated in my LinkedIn message after the appeal judgement was first released, as Forensic accountants we know that the quantum work that comes next is vital. The judgement is just the beginning of the process, next comes that ‘quantification machinery’ part.

At Meaden & Moore we work on behalf of Insurers in relation to insurance claims, but our independence and experience means we often work as single independent expert. As the only Accounting firm in a claim, we can help reduce the cost of claims, avoid disputes, and help maintain and/or build relationships between parties. All particularly relevant in this Coronavirus era, and for high volume cases such as Covid-19 claims. 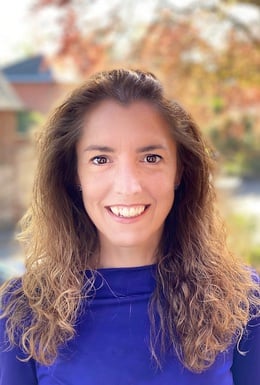 Caroline is a Forensic Accountant with over 20 years in the risk and insurance industry.