A Reflection on 45 Years of Forensic Accounting at Meaden & Moore

I began with the firm on Tuesday, July 6, 1976, following America’s bicentennial.  In mid-January 2022, I informed our CEO that June 30, 2022, would be my last day with Meaden & Moore. There were some practical reasons to retire on June 30, but really, it’s just time.

My announcement prompted congratulations and well wishes.  It also led to a request to write about my time here.  And here it is.

Things common in the accounting business or the office in the seventies and eighties, now rarely, if ever, seen:

Things that came about in the eighties and nineties that evolved, or are endangered, or are extinct:

Things new and/or common to this century

Much of the list was technology changes.  Some were social changes.

What hasn’t changed are some important keys to success in doing our work, including the following:

We deal with insureds of varying degrees of sophistication when it comes to their accounting records and certainly with matters of loss measurement.  When I started in the department, nearly all insureds presented claims, and almost immediately, there was a perception of us against them.  Our efforts went smoother if we could establish a rapport with them, bringing them into the process and appealing to their sense of reason.

Rapport with the insured can make for more informative exchanges, better understanding on both sides, and acceptance of findings.  Establishing rapport is not always possible.  Some insureds enter the relationship with a hardened position and attitude, and anything you say is “wrong.”  Assert yourself as needed; don’t give in.

Curiosity, Strong Desire to Learn or Know Something

Much of what appealed to me about “loss work” in my first eighteen months as an auditor on loan to the Forensic Accounting department were the different enterprises I got involved with.  Each company and each loss were different in some way.  I had to learn about the enterprise, the loss event, the records, and determine an approach for developing information to feed a loss calculation.  Curiosity helped.

Curiosity helps not only in learning about the enterprise but in digging into the details.  What patterns did we see?  Why did those patterns occur?  Sure, we saw information at a high level, but when did we need to get more granular?  Conversely, when data was granular, when do we identify and group data to subsets that brings some order to the chaos.

I suppose some people are more curious than others, by nature.  We need to encourage curiosity by showing how it brings about understanding and better results.  And curiosity can take time.  Insight can come from digging and poking around the data, waiting for something to catch the eye.  I’m sure if someone watched me in the early stages of exploring data, they would think I’m lost and going down blind alleys.  And sometimes I am lost and going down a blind alley. But at least I know what didn’t work.  Other times, I identify something that is key to a successful engagement.

I had an engagement on a furniture manufacturer.  The manufacturer was a family-owned operation in its second or third generation of family management.  The engagement was a liability loss for a supplier of a film applied to the furniture which did not adhere properly.  Product was being rejected at the plant, or sold and returned, effectively a loss of sales without saved costs.  Production was being lost without a suitable substitute film.

The details have faded with time, but it was desirable to develop a measure of production efficiency.  I asked a lot of questions and looked for patterns, and then I developed a measure of efficiency.  I showed it to the insured to see if they could spot any flaws in my thinking.  They not only did not find flaws but asked permission to use my measure for their own purposes.  Permission granted.  Curiosity led to understanding and credibility with the insured.

Clarity, Quality of Being Coherent and Intelligible

“My loss is worth one million dollars.”  I understand the insured is of that opinion, but I have no clarity on the issue.  I don’t know the logic, and I cannot assess the consistency.

For many years, I was across the table from a long-time and respected broker’s claims manager, the individual that sits with the insured to advocate for coverage and loss measurement.  He paid me a compliment, saying, “We don’t agree with you, but we do understand and appreciate your position.”

Clarity comes from a presentation that has a flow that can be followed.  Raw data becomes information.  Information become insight.  Insight becomes understanding.  Understanding becomes a logical and consistent position or measurement.

Claims often lack clarity because they lack that flow.  A deficient flow can come from the preparer’s inexperience.  Sometimes, I swear it is intentional.  Nonetheless, such claims can possibly be reorganized and broken out into detail that can be understood.  An understandable claim can be reviewed, and its logic and consistency can be challenged as necessary.

The challenge of knowing when you're done

Last summer, I announced to some good friends that I had chosen a retirement date.  My friend, Maureen, said something along the lines of, “You must be looking forward to getting away from all that.”  Knowing her interests, my counter-question was, “Can you envision a time when you won’t want to work the crossword puzzle?”  She replied, emphatically, “No.”

I have always enjoyed the “puzzle” aspect of what we do; looking at the granular detail when needed, grouping data to logical and telling subsets, learning about an industry, crafting a good calculation, drafting a good letter.

So why retire?  It’s just time. 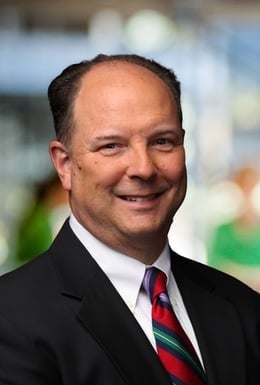 Tom has been in the public accounting industry for over 40 years, with the majority of them dedicated to investigative accounting and litigation support services. His specialized insurance experience focuses on assessing commercial property claims, including the review of major structural rebuilding projects in coordination with consulting engineers and evaluating business interruption and extra expense claims that arise from property damage.