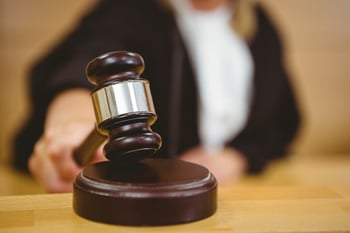 Maryland’s highest court has belatedly joined the majority of jurisdictions in the United States in adopting the 1993 Daubert test for determining the admissibility of expert scientific testimony. In doing so, it has abandoned its former “two-channel” approach.

Out with the Old Expert Testimony Approach

The Frye-Reed standard dictates that admissible testimony must be generally accepted in the relevant scientific community. But, as the high court noted in a tort case involving lead paint exposure, the Frye-Reed test over time had implicitly and explicitly relied on and adopted several Daubert principles, ultimately becoming a “Frye-Reed-Plus” standard.

After a lengthy review of cases that applied the Frye-Reed standard, the state supreme court concluded that Maryland’s “jurisprudential drift” has produced a duplicative analytical process and muddied the water on how to approach expert testimony. The state supreme court, therefore, opted to implement a single standard by which Maryland courts must evaluate all expert testimony.

In with the Not-so-new Daubert Test

The Maryland court’s opinion highlights a flaw with the general acceptance test: A generally accepted methodology can produce “bad science” and be admitted, while a methodology not yet accepted may be excluded, even if it produces “good science.” The court ruled that general acceptance should remain an important factor — but not the sole consideration.

The court laid out 10 factors it deems persuasive when determining whether expert testimony is sufficiently reliable. In addition to traditional Daubert factors (for example, whether a theory has been tested), courts have developed the following considerations:

The court emphasized that no single factor is determinative.

It’s worth noting that the ruling emerged from a 4-3 court. The dissent argued this wasn’t the “right case” to make the change and warned that heightened causation requirements are likely to adversely affect those social groups that traditionally have drawn lower research interest and dollars.