Is that Expert Report Final — or a Draft? 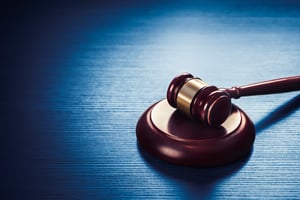 The question of whether an expert’s report is a draft, and therefore not subject to discovery, is a hot topic in some federal and state courts. A recent federal district court case involving a contract dispute demonstrates the stakes involved when making this determination.

The plaintiff alleged a breach of a pricing commitment. The defendant argued that one of the plaintiff’s experts should be precluded from testifying because the plaintiff violated Rule 37 of the Federal Rules of Civil Procedures (FRCP) by failing to disclose his full expert report.

The expert testified in deposition that he had included an additional column in a spreadsheet attachment when he submitted his report to the plaintiff. A column, titled “Notes,” listed his thinking and questions regarding the items he was categorizing. That column wasn’t included in the final version produced to the defendant, however.

The plaintiff argued that the spreadsheet was part of a draft report and, therefore, was exempt from disclosure under FRCP Rule 26. Moreover, the plaintiff claimed, the final report fully stated the expert’s conclusions and opinions.

As the U.S. District Court for the District of Arizona noted, Rule 26 requires an expert report to include “a complete statement of all opinions the witness will express and the basis and reasons for them.” If a party violates this disclosure requirement, the expert can’t testify at trial unless the failure was substantially justified or harmless. But a party isn’t required to disclose draft reports.

The court pointed out that case law provides little guidance when it comes to determining whether a report was a draft or final version. Courts generally look at such factors as whether a document was created to be included in the final report and whether it was included in earlier versions of the report.

The court ultimately found, consistent with “experience and common sense,” that the report with the Notes column was a draft. It concluded that final versions of expert reports usually don’t contain the expert’s “incompletely-expressed musings and notations.” Most important, the defendant didn’t challenge the reasoning and explanation provided in the report, other than to argue it also should have received the version with the Notes column. This bolstered the conclusion that the analysis in the version provided to the defendant constituted a complete expression of the expert’s opinions.

Many states’ rules adhere closely to the FRCP, but not all. It’s important to fully understand the relevant rules of evidence to minimize the risk of forfeiting an expert’s testimony in court.   Please contact us with any questions.