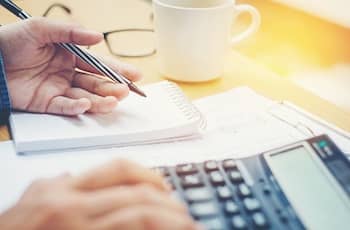 The IRS recently released new guidance providing for awards to taxpayers for their reasonable administrative and litigation costs if they substantially prevail in proceedings involving the agency. In addition, the IRS offers more information detailing processes specific to pro bono representation. This article lists the provisions most likely to be of interest to attorneys and their clients and notes the dates these regulations become effective.

The IRS recently released final regulations (Treasury Decision 9756) concerning taxpayer awards of administrative costs and attorneys’ fees under Section 7430 of the Internal Revenue Code. Sec. 7430 provides for awards to taxpayers for their reasonable administrative and litigation costs if they substantially prevail in most administrative and court proceedings involving the agency.

Sec. 7430 imposes net worth and size limitations on who can recover costs, and the final rules clarify several matters related to these limitations. For example, they provide that taxpayers’ assets should be valued based on acquisition costs, rather than at fair market value (which proposed regulations would have required).

The final rules also clarify that, when taxpayers who file jointly also jointly petition the court and incur joint costs, each qualifies for a separate net worth limitation of $2 million, but the limitation will be evaluated together. In other words, they’ll satisfy the limitation if their combined assets are equal to or less than $4 million, regardless of how the assets are distributed. If they petition the court separately, each will be subject to a separate net worth limit of $2 million or less.

The regulations further clarify that a taxpayer may be eligible to recover reasonable administrative costs after the date of the first letter of proposed deficiency (the 30-day letter). But this is true only if at least one issue (other than costs recovery) remains in dispute as of the date the IRS takes a position in the administrative proceeding. If the IRS concedes an issue in the Office of Appeals before issuing a notice of deficiency or notice of the Office of Appeals’ decision, the IRS is considered not to have taken a position, and administrative costs aren’t available.

The final regulations also eliminate the proposed regulation that would have based the rate of compensation for pro bono attorneys who don’t have a customary hourly rate on prevailing market rates. Instead, the revenue procedure provides that these attorneys receive the statutory rate unless they establish that a “special factor” (such as limited local availability of tax expertise) justifies a higher hourly rate.

The final regulations generally apply when a petition was filed on or after March 1, 2016, and taxpayers can apply them retroactively. Revenue Procedure 2016-17 applies to all motions for costs filed on or after February 29, 2016. It also can be elected for motions filed before that date if they’re still pending before the court.