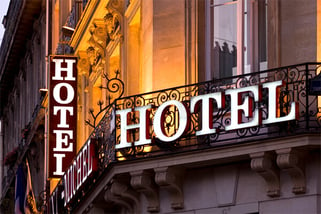 Appraisals are often used in federal bankruptcy proceedings. But an expert’s opinion is only as reliable as his or her underlying assumptions, as demonstrated by a recent decision by the U.S. Bankruptcy Court for the District of Arizona.

The case involves two hotels located in a college town in Indiana. The town had only about 1,000 hotel rooms when the debtor purchased the hotels in 2017. By the end of 2020, the town had about 2,900 rooms. Population and visitor growth were static during this period.

COVID-related shutdowns adversely affected the hotels’ financial performance. For example, October 2020 revenue fell $1.9 million from the prior year. Even before the pandemic, though, occupancy rates had fallen more than 25% for each hotel.

The debtor filed for bankruptcy on October 7, 2020. It subsequently filed a valuation motion to determine how to treat the bank’s claims under the reorganization plan. The plan indicated the debtor would continue to operate the hotels, rather than dispose of them. So, the appraiser was required to determine the hotels’ replacement value.

The debtor’s appraiser found an aggregate fair market value of about $4.5 million for both hotels. The bank’s appraiser came to a value that was approximately $3.7 million higher. The bankruptcy court found the bank’s appraisals to be “fundamentally flawed” due to faulty assumptions.

Specifically, the bank’s appraiser assumed the hotels would be sold in October 2020. This, the court said, rendered his appraisals defective for purposes of valuing a creditor’s collateral. Under Section 506(a) of the U.S. Bankruptcy Code, value must be determined in light of the proposed disposition or use of the property.

As a result, the court concluded the properties weren’t worth the proposed $8.2 million. Instead, they were worth about $5.7 million.

The court refused to accept the “overly rosy” projections of the bank’s appraiser. Instead, it found the debtor’s appraisal “more probable,” particularly in light of the tight competition and short- and long-term damage of the pandemic. As this case shows, it’s important to evaluate whether an expert’s assumptions appear reasonable before you go to court.