How Market Data Can Be Used to Calculate Reasonable Royalty Images 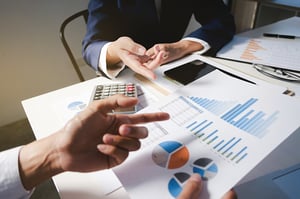 In intellectual property infringement cases, business valuation experts often use the Georgia-Pacific model to determine reasonable royalty rates. This article lists the 15 factors that are considered under this model and describes a market-based alternative that’s gaining momentum.

Under U.S. patent law, an infringed patent holder may recover its lost profits, but in no event less than a “reasonable royalty.” This is the amount a hypothetical willing buyer and willing seller would agree on when the infringement occurred.

Under Georgia-Pacific, the following 15 factors may be considered:

It’s not always clear where to start the hypothetical negotiation. Possible starting points include 1) royalties received by the patentee for licensing the patent-in-suit, and 2) rates paid by the infringer for the use of other comparable patents.

If this data isn’t available, some experts have used a bright-line 25% “rule-of-thumb” rate to start their analysis. But the federal courts have rejected that approach as fundamentally flawed.

Recently, in StoneEagle Services, a federal district court allowed an expert to testify on his use of a market approach to determine a reasonable royalty rate. The expert collected transactions from multiple databases and identified seven licenses he deemed comparable to the license that would have been the subject of the hypothetical negotiation.

The court noted that the Federal Circuit doesn’t require experts to apply the Georgia-Pacific factors, and “there may be more than one reliable method for estimating a reasonable royalty.”

Using market data can be an effective alternative method of calculating reasonable royalty rates. In 2012, Randall Rader, who was then the chief judge of the U.S. Court of Appeals for the Federal Circuit, commented that the Georgia-Pacific factors “were never meant to be a test or a formula for resolving damages issues.” Rather, he said, the emphasis should be “analyzing the market occupied by the claimed invention...”

Contact a valuation professional to discuss which method is best for your next infringement case.