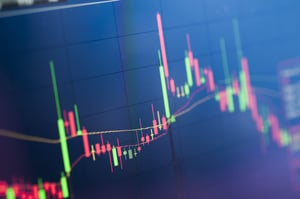 In Memorial Hermann Health System v. Gomez, the Court of Appeals of Texas, First District, upheld an award of $6 million in compensatory and punitive damages to a cardiovascular surgeon. His employer raised several issues on appeal, including an argument that evidence of lost profits was legally insufficient. The appellate court disagreed.

A surgeon sued his former employer, Memorial Hermann Health System (MHHS), for defamation and business disparagement. The doctor alleged that MHHS had used misleading mortality rate data and a whisper campaign to defame him and disparage his practice.

The doctor hired a forensic accountant to estimate lost profits. The expert compared his cardiothoracic surgical activity before and after the alleged defamation. However, she disregarded the doctor’s vein practice, largely a side business involving cosmetic procedures that a physician’s assistant or nurse practitioner could perform.

How Were Damages Estimated?

The doctor’s expert examined data from before the alleged defamation and extrapolated what his practice would have looked like – and the amount of profits he would have earned – but for the defendant’s alleged wrongful conduct. The expert determined that he could have performed 258 surgeries per year. She subtracted his actual profits from this amount to arrive at his lost profits.

The expert saw no evidence that the practice had begun to recover. In fact, it had continued to decline. She provided the jury with a range of damages estimates, from $2 million to $5.6 million, based on various growth scenarios.

The expert also considered other potential causes of lost profits – including general market conditions and the doctor’s own actions – but found none. She noted that other MHHS surgeons had experienced increases in their practices during the same time period. MHHS had pointed out that the doctor was making more money at the time of trial than he was before the defamation.

But the expert testified that, but for the defamation, he would also have enjoyed income from a thriving cardiovascular surgery practice. She further testified that, if those surgeries had been available, his vein practice wouldn’t have cut into his surgical practice, because he could have turned the vein procedures over to a nurse practitioner.

How Did the Court Decide?

The court concluded that the evidence was sufficient to support the damages award. It found that the expert’s methodologies and supporting data were reliable. Her conclusions were also persuasive because she’d presented a range of projections and ruled out other plausible causes for lost business.

This case underscores the importance of hiring a credentialed expert to estimate lost profits. Courts favor comprehensive analyses that consider multiple factors – including some that may not support the client’s financial interests.