Economic loss calculations in fatal and non-fatal accident claims share certain similarities, but as outlined in this article, there are a number of key differences to consider. 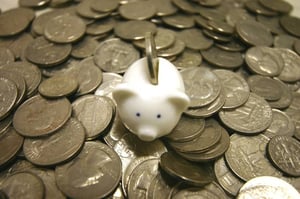 In a non-fatal accident claim, economic loss calculations are intended to restore the injured person to the financial position they would have enjoyed had the accident not occurred.  In particular, the injured person is normally compensated for both their lost earnings and the additional costs (e.g. medical expenses, housekeeping, caregiving, etc.) they are expected to incur as a result of an accident.

Forensic accountants are often retained in both fatal and non-fatal accident claims to quantify both the past losses and the present value of the future losses based on the available information, which may include opinions provided by medical and/or vocational experts.  This article explores four key topics:

Future losses of earnings are discounted to their mortality-adjusted present value, and may be further discounted to consider other risks such as disability and/or unemployment. For example:

In a fatal accident claim, it is the surviving dependent family members who claim for their losses of dependency on the deceased’s after-tax earnings. The dependents are not compensated for the full value of the deceased’s earnings since a portion those earnings would have been consumed personally by the deceased had the incident not occurred.

There are three major components of a dependency loss calculation:

Unlike a personal injury case, appropriate deductions must be made for the income taxes, CPP contributions and EI premiums which the deceased would have otherwise paid.

In the case of a spouse, the dependency period normally extends to the deceased’s assumed retirement date, while minor children are often considered to be dependent while they are anticipated to live at home or remain in school.

As household expenditures are affected in different ways by the loss of a contributing family member, it is theoretically possible to calculate dependency rates specific to each individual situation. However, since many households do not maintain detailed accounting records, dependency rates are often derived from the spending patterns of typical households. Based on statistics for Canadian families with one income-earner, it has been estimated that a surviving spouse has a dependency rate of 72% and that each of the first four dependent children adds approximately 4% to the dependency rate.

In the case of a single-income household with no dependent children, the application of a 72% dependency rate implies that the deceased would have spent 28% of his or her income on himself or herself, and this technique is known as the ‘Sole Dependency Approach’.  However, when a second income-earner is introduced to the household, the situation becomes more complex and a lower dependency rate or different methodology may be warranted.

However, when the deceased’s income is significantly lower than the surviving spouse’s income, applying the cross-dependency approach can lead to the anomalous conclusion that the surviving spouse has become financially “better off” following the loss of their lower-income spouse:

For this reason, when a household has more than one income-earner, the sole-dependency approach is often modified to 50% or 60% to reflect the surviving spouse’s lower of level of dependency on the deceased’s income. This is known as the ‘Modified Sole-Dependency Approach’ and is often used instead of the Cross-Dependency Approach.

Dependency losses are often based on the deceased’s employment and/or self-employment income, without reference to investment income since the underlying investments are often inherited by the surviving dependents. However, there are a number of specific situations which warrant further consideration, such as when the deceased was a member of pension plan or was the owner of a corporation or income-producing property.

When future medical costs are anticipated, they are often projected by medical experts based on the injured person’s impairment, while household services costs are normally projected based on the cost of replacing those services.

In both fatal and non-fatal accident claims, once the future loss amounts are determined for both earnings and other losses, the future amounts are then converted to a single lump-sum amount that reflects the discount rates prescribed for future economic losses and the mortality risk of the person who is injured or deceased, and in certain cases may include other risk factors such as disability and/or unemployment.