Daubert Challenges: Communication With Experts Is Key to Avoiding Exclusion 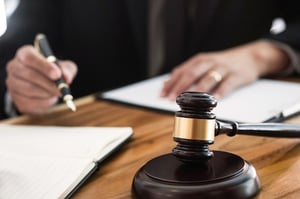 Litigants in federal cases often challenge the admissibility of expert testimony, arguing that it fails to meet minimum standards of relevance and reliability. This article briefly reviews the Daubert standard and outlines several best practices to consider as you and your experts prepare for trial. A sidebar clarifies the distinction between the reliability and credibility of an expert’s testimony.

The Court listed four non-exclusive factors judges should consider in evaluating reliability of an expert’s theory or technique:

Before Daubert, most courts applied the less stringent Frye standard, under which admissibility required only that an expert’s methods were generally accepted as reliable in the relevant scientific community. In 1999, the Court clarified in Kumho Tire that the Daubert standard applies to nonscientific testimony, opening the door for challenges against financial experts.

To avoid exclusion of expert witnesses, communication is key, beginning in the early stages of litigation. Before deposition or trial, address these questions with your expert:

What’s the applicable standard? Daubert applies in federal court and most state courts. However, some states continue to apply the Frye standard or other less restrictive standards. It’s critical to determine which standard applies and ensure your experts understand how it affects their work and their testimony.

Recent developments in Florida illustrate the potential uncertainty, in some states, regarding the appropriate evidentiary standard. In October 2018, the Florida Supreme Court in Delisle v. Crane ruled that the Frye standard applied, despite the state legislature’s codification of Daubert in the state’s evidence code five years earlier. The court decided that the evidence code amendments unconstitutionally encroached on the court’s authority to establish procedural rules. But just seven months later, the court reversed course in In re Amendments to Florida Evidence Code, ruling that Daubert was the applicable standard.

Are the methods reliable? To avoid Daubert issues, your experts’ reports and testimony must meet the four reliability factors. Ask experts to gather evidence that their methods are generally accepted, including authoritative treatises, peer-reviewed articles by reputable authors, and compliance with applicable professional standards. If you’re concerned that your experts’ methods may not pass the Daubert test, ask them to prepare calculations using alternative methods as a backup.

Also, check whether your experts’ academic credentials, certifications, and experience are relevant given the issues in the case. Experts should be ready to explain the standards that govern their work – and they should avoid opining on matters beyond their expertise.

Are the assumptions reasonable? Review your experts’ assumptions with a healthy dose of skepticism. They should be realistic and consider all relevant data – even information that doesn’t support the desired conclusions. If an expert relies on data or work furnished by the client or other third parties, it must be reliable.

Experts’ work also must pass the “real-world” test. In other words, their methods and assumptions should adhere to the same professional standards, and apply the same level of intellectual rigor, as nonlitigation engagements involving the same issue.

There are two main reasons financial experts can be excluded under the Daubert standard. First, an expert who uses insufficient data or methods that aren’t generally accepted may be deemed to lack reliability. Second, an expert whose testimony exceeds the scope of his or her role or isn’t tied to the specific facts may be deemed to lack relevance. Discussing the relative strengths and weaknesses of experts’ testimony can help you develop strategies for increasing the chances of admissibility.

For example, in Dominion Liquid Technology v. GT Beverage, a federal district court admitted a damages expert’s testimony about a production line’s “going concern potential value.” The plaintiff argued that the expert’s testimony was unreliable because, instead of a “dollars and cents” valuation, he merely provided an opinion based on his own unsupported conclusions.

The court disagreed, noting that the expert’s opinion was based on 30 years of relevant industry experience, as well as an inspection of the production line, a review of the equipment manufacturer’s proposals, and a meeting with the company’s president. The pertinent inquiry, the court explained, wasn’t whether the expert offered precise damages calculations but whether his opinions would assist the court in understanding the evidence or determining a factual issue.

The court rejected the plaintiff’s arguments because they “fundamentally confuse the credibility and accuracy of [the expert’s] opinion with its reliability.” The right way to challenge his testimony wasn’t to exclude it, but to vigorously cross-examine it, present contrary evidence, and provide careful instruction on the burden of proof.