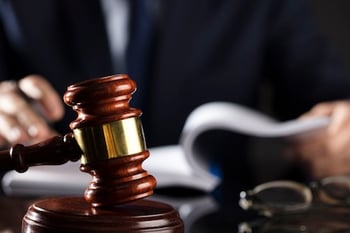 From divorces to business disputes, the linchpin in all types of litigation often turns out to be expert testimony. But, before they’re able to testify, many expert opinions must first survive a Daubert challenge. This article summarizes a recent federal district court case that demonstrates how a detailed written report can be the deciding factor in persuading the court to admit an expert’s opinion.

MSKP Oak Grove, LLC v. Venuto involved a corporation (Hollywood Tanning Systems or HTS) that operated tanning salons and sold franchises and tanning equipment to independent salons. In 2003, HTS leased retail space in a Florida shopping center. The landlord consented to a sublease to a franchisee, but HTS remained liable in case of the franchisee’s default.

In 2007, HTS entered an asset purchase agreement in exchange for $40 million, 25% of the issued and outstanding preferred units of the buyer, and contingency payments. When the deal closed, the four shareholders of HTS each received distributions of about $5.8 million. HTS substantially ended operations that day, and the buyer ultimately declared bankruptcy.

A year later, the landlord notified HTS that the sublessee had defaulted on its lease. It subsequently sued HTS for breach of contract and obtained a judgment of about $412,000.

After the judgment went unpaid, the landlord brought another action, contending that the distributions to the shareholders represented a fraudulent transfer because HTS, at the time of the sale, didn’t have the funds to pay all of its creditors. The landlord hired an expert who produced two reports within a few days of each other: 1) a fraudulent conveyance report, which examined HTS’s solvency before and after the shareholder distributions, and 2) the valuation report, which opined on HTS’s fair market value at closing.

The expert found that:

The defendants (the four shareholders of HTS) challenged the testimony. They asserted, among other things, that the solvency report cited no reliable methodology.

As the court explained, the disposition of the defendants’ motion to exclude depended on the reliability of the methodology employed in the expert’s report. As an initial matter, the court dismissed the defendants’ argument that the fraudulent conveyance report was per se unreliable because it didn’t include a summary of the methodology. The court read the two reports as one cohesive report and concluded that, “taken together, and augmented with [the expert’s] explanation, the combined report supplies an ample summary of [her] methodology.”

The expert had clarified at the Daubert hearing that the valuation methodologies and valuation approaches sections in her valuation report, as well as the AICPA standards and valuation treatises attached as exhibits, were intended to cover both reports. They described the normalization adjustments in the first report that were required to ascertain HTS’s financial health from the incomplete records she received. The court, therefore, concluded that the expert adequately described her application of reliable, recognized principles of accounting and valuation analysis and denied the defendants’ motion.

This expert survived her Daubert challenge because she came prepared. Detailed written reports are a proven way to show that expert reports are based on industry-accepted practices.