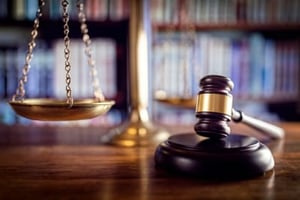 Perceived independence is critical when it comes to the effectiveness of expert witness testimony. This article discusses a recent case in which the U.S. Tax Court rejected an expert’s testimony on the reasonableness of compensation paid to shareholder-employees, because he’d failed to provide an “independent and objective analysis.”

All in the Family

Transupport is a C corporation supplier and distributor of aircraft engines and engine parts for military vehicles. In 2005, the 98% owner of Transupport gifted and sold equal amounts of nonvoting common stock to each of his four sons, who were the company’s only full-time employees and officers. Each son received a six-figure salary annually.

The controlling shareholder had sole discretion over the amount paid to his sons, and he didn’t consult anyone else inside or outside of the company when deciding on annual pay. He considered three factors when setting compensation:

The sons had no special experience or education to qualify them for their positions. Moreover, because there were no other employees, their duties included menial tasks along with managerial responsibilities. The court noted “repeated examples of the professed ignorance of [the company’s] officers concerning matters allegedly within their areas of responsibility.”

In 2007, the controlling shareholder contemplated a sale of the business and prepared several draft offering memoranda for a prospective buyer. The drafts included a “recast financial summary” in which all five shareholders’ salaries were reduced to a “market rate” of $50,000, substantially boosting the company’s profits.

The Tax Court rejected the testimony of the taxpayer’s compensation expert. Although the expert was qualified to testify on reasonable compensation, he was hired merely to validate the amounts reported on the company’s returns. Specifically, the court found that the expert had:

Transupport illustrates the need for experts to reach independent judgments rather than to merely validate a party’s claims. It also demonstrates the willingness of courts to challenge expert testimony that, in their view, disregards objective and relevant facts. In this case, the Tax Court explained, “We know from the factual evidence that the returns were consistently inaccurate and that the deductions were excessive. Thus, the experts’ opinions fail a sanity check.”