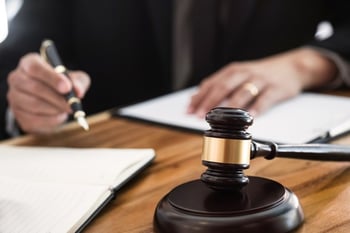 The Federal Circuit Court of Appeals recently affirmed a massive damages award based on reasonable royalties in Vectura Ltd. v. GlaxoSmithKline LLC. The court dismissed the need to apportion damages among infringing and non-infringing components in the accused invention. Instead, it found that apportionment essentially was “baked in” to the prior license agreement that was the basis for the royalty calculation.

This infringement case, filed in 2016, involved a patent for the production of “composite active particles” for use in pulmonary administration, such as in dry-powder inhalers. A jury ruled in favor of the patentee and awarded a reasonable royalty of 3% of the defendant’s sales of the infringing inhalers — almost $90 million.

The district court denied the defendant’s motion for a new trial on damages. The defendant appealed, arguing that the award was unsupported because the plaintiff’s damages theory was legally flawed.

The plaintiff’s expert presented a theory based on a 2010 license between the plaintiff and defendant. She adopted that license’s royalty rate (3%) and its royalty base (total sales of the licensed products or the entire market value). The defendant contended that the plaintiff needed to apportion her royalty base to account for the non-infringing components in the accused inhalers.

Built-in apportionment effectively assumes that the negotiators of a comparable license settled on a royalty rate and royalty base combination that embodies the value of the patent. So, a party relying on a sufficiently comparable license can adopt the rate and base without further apportionment and without proving the infringing feature drove the entire market value of the accused product.

The Federal Circuit cautioned that district courts considering past licenses for different technologies than the patent at issue must account for differences in the technologies and the economic circumstances of the contracting parties. Here, though, the court found “roughly very similar technologies” and that the plaintiff’s expert had considered and rejected the notion that meaningful economic differences existed.