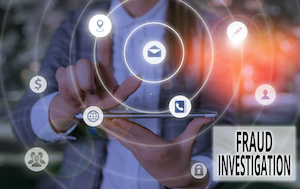 It’s been more than a decade since Bernie Madoff made headlines for his massive Ponzi scheme. That case taught a valuable lesson: If an investment seems too good to be true, it probably is. Unfortunately, some investors are still being duped by slick con artists who promise quick and easy returns. This article highlights another recent securities fraud indictment last fall and explains how these frauds work. A sidebar discusses ways a forensic accounting expert can help identify the signs of securities fraud scams.

In September 2018, a federal grand jury indicted three men on charges of conspiracy, wire fraud, identity theft, and money laundering. The charges stem from an alleged $364 million Ponzi scheme that deceived more than 230 investors. The scheme began in January 2013.

According to the indictment, two men invited investors to join them in purchasing consumer debt portfolios filled with defaulted debts to bank and credit card issuers, student loan lenders, and vehicle financers. These portfolios were to be sold to third parties that would attempt to collect on the debts.

The two perpetrators falsely represented that they would make money for investors by collecting payments on debts or selling portfolios for a profit to third-party debt buyers. The latter practice is also known as “flipping.” The indicted third man allegedly assisted the plot by creating fake paperwork, including due diligence documents, purchase agreements, collection reports, and profit projections.

The con artists allegedly purchased no underlying debt portfolio and, instead, created bogus companies with names similar to actual consumer debt sellers or brokers. Then they opened bank accounts in the names of the bogus companies and falsely represented that the monies they paid investors were proceeds from collections or flipping. In reality, the payments came from money collected from subsequent investors.

Like Ponzi schemes, pyramid schemes pay investors with funds from subsequent victims. They promise low or no-risk investments with high rates of return that aren’t possible with traditional investments in stocks and bonds. The victims also can earn “recruitment commissions” for introducing new investors into the scam.

Victims may be offered a franchise or distributorship to market specific products. However, the actual profits come from the sale of these franchises, not from selling products.

In these market manipulation schemes, the perpetrators create artificial buying pressure for a certain security, usually in a micro- or small-cap company. The perpetrator controls the company and uses deceptive sales practices or false and exaggerated statements to persuade investors to purchase shares. These scams are offered increasingly through email, messaging apps, and social media.

Artificially inflated demand causes the price of the security to skyrocket. Then the fraudster quickly sells (or dumps) the shares, often reaping a substantial profit in the process. For example, the fraudsters behind a 2015 pump-and-dump scam pocketed $78 million in illicit profits before getting caught.

To Catch a Thief

In connection with last fall’s high-profile Ponzi scheme, an SEC representative cautioned that “investors should be warned that low-risk, high-return investments that never lose should be a red flag.” If someone pitches this type of investment to you, contact your financial and legal advisors before handing over funds.

If you make an impulsive investment decision, your advisors also can help investigate whether the opportunity seems legitimate or should be reported to the authorities. You also may be able to cash out quickly before any damage is done.

When large securities fraud schemes are discovered, forensic accounting experts may be hired to locate missing funds (assuming any remain) and trace the illegal transactions that led to the loss. In addition, experts can provide valuable assistance when securities fraud is suspected but not yet confirmed.

Qualified experts will look beyond potentially fraudulent financial reports. They can evaluate other sources of evidence, such as:

For example, a text between perpetrators in a recent Ponzi scheme said, “Need all of this to be discreet. … we do not want anyone to know details.” Another, less discreet, message said, “Thanks, my shady friend!”

Forensic accounting experts can identify the red flags that, on their own, might not seem unusual or conclusive, but together can signal fraud. For example, the perpetrators in the aforementioned Ponzi scheme claimed returns of 10% to 15%. Though the returns might not seem outrageous, the perps’ flashy lifestyles, combined with their web of shell companies, likely would raise the suspicions of a trained fraud expert.