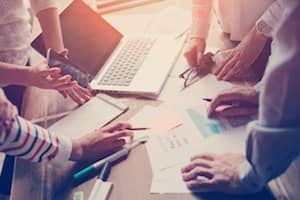 The yardstick method, which bases economic damages on the performance of comparable “guideline” companies, is a tried-and-true approach for estimating damages, but, like other methods, it has its limits. For example, courts typically don’t favor it in cases involving a plaintiff that’s a start-up company.

In one recent case, though, a federal district court did allow expert testimony that calculated damages for a start-up maker of compression sports apparel based on comparisons with the market leader.

The defendant challenged the admissibility of the plaintiffs’ expert’s yardstick analysis, arguing that the guideline company used as a standard (or the yardstick) must be as “nearly identical” to the subject business as possible. The expert had used Under Armour, the well-established market leader in the compression sportswear industry, as the yardstick.

The court agreed that asserting that the success of the plaintiffs’ new company paralleled that of Under Armour might have been a seemingly improbable conclusion for an expert to reach. But the court pointed out that the expert had at least provided some explanation as to how he’d come to his conclusion and the methods that substantiated it.

The court also explained that the test of reliability is flexible — and that the factors courts apply to assess accounting methods don’t necessarily apply to all experts in every case. Moreover, “the selection of comparators will seldom approach the ‘utopian ideal’ of identifying the perfect clone.”

At any rate, the court found that the expert had more than satisfied the general minimum reliability standards. In particular, he had offered a number of bases upon which he built his comparison, including:

In the end, the expert’s yardstick testimony was admitted. The court left it to the defendant and its expert’s “robust efforts at trial” to call into question the weight the jury should give the testimony. (See “A matter of weight, not admissibility.”)

Although this court allowed the expert to use the yardstick method to calculate a start-up company’s damages, neither experts nor attorneys should interpret this case to mean that guideline companies don’t need to be similar to the subject company in terms of, say, size, financial performance, market share or target markets served. Other courts have taken a more stringent approach.

Sidebar: A Matter of Weight, Not Admissibility

The court in the Washington case emphasized that its role as gatekeeper wasn’t to divest the defendant of the task of challenging the weight of evidence underlying the expert’s yardstick analysis. It cited the case of Celebrity Cruises Inc. v. Essef Corp. as “a worthy illustration of allowing a questionable yardstick analysis” to be presented to the court.

In that case, an expert compared the Celebrity and Carnival cruise lines. The judge listed several reasons the comparison was unconvincing. For example, Carnival was a much larger business and benefited from economies of scale. In addition, Carnival was “more diversified,” and the companies had different itineraries. According to one relevant witness’s admission, the two were “very different companies.”

While these factors undermined the legitimacy of this comparison as a predictor of Celebrity’s performance, the court concluded, they didn’t render the expert’s analysis inadmissible. Rather, they only diminished its value in establishing lost profits.