What is a Single Audit & Do I Need One? 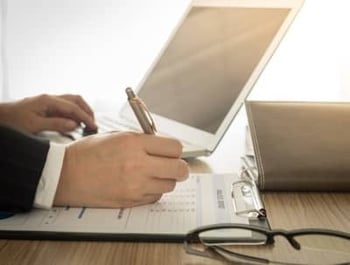 A Short Summary of the Uniform Guidance

You may be asking yourself, what exactly is a single audit and why should I care? In the simplest terms, a single audit in accordance with the 2CFR Part 200 (also referred to as the Uniform Grant Guidance, or UGG) is required for organizations receiving more than a dollar threshold amount in federal funding during a fiscal year. If you’re a not-for-profit organization and you received federal funds during any given year, you should care about the single audit requirements!

So how do you know if you are required to have this special single audit? The answer lies in how much your organization received in federal funds during the fiscal year. For fiscal years beginning prior to January 1, 2015, the dollar threshold is $500,000. For fiscal years beginning on or after January 1, 2015, the dollar threshold is $750,000. This test is the prerequisite and is the deciding factor that triggers a single audit.

Okay, you’ve figured out that you need this special audit – now what? The next step is to talk to your accountant. At Meaden & Moore, we make sure to provide our clients with the information they need and help them through the audit process, step by step. In this situation, we would have an in-depth conversation about the joys (and sometime pains) of a single audit, as well as our overall audit approach. The risk-based approach includes selecting major programs to test. It also involves performing a compliance audit to ensure compliance with laws, regulations, and provisions of contracts and grant agreements (among other things). Additional controls testing is performed for the major programs selected.

The Uniform Guidance audit also includes a requirement for the organization to undergo a financial audit, whereby your accountant will provide an audit opinion of the financial statements. This is likely the type of audit you are familiar with and have experienced historically.

You’ve now reached the milestone that seemed so far away. The audit fieldwork has concluded and you have no audit findings (great job!). What do you get for your hard work and dedication throughout the audit process? The end result of a Uniform Guidance single audit includes the following:

At this point, you should give yourself a pat on the back and give your 2nd in command a high five! You’ve made it through the single audit with the help of your accountant, and you conquered it!