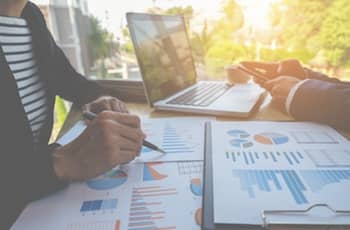 State tax authorities are making progress in their quest to collect tax on online transactions, expanding their efforts to work together to elicit voluntary compliance.

Any business that qualifies as an “online marketplace seller” should take notice of an opportunity to catch up on taxes that should have been collected in the past and remitted to authorities in a number of different states. It’s a tax amnesty program operated by the Multistate Tax Commission, which is a federal agency of state tax authorities promoting uniformity in state approaches to tax law.

The MTC is operating a “voluntary disclosure initiative” for online marketplace sellers that is meant to bring such businesses into compliance with sales and use tax requirements as well as requirements around income and franchise taxes. Because it’s a voluntary program, any seller who steps forward to report and remit back taxes will not be subject to penalties or interest.  In general, taxpayers cannot have registered, filed returns, or had contact with the state on the tax type for which they are requesting the voluntary disclosure.

Not every state is a full participating member of the MTC, so the voluntary disclosure initiative does not apply in every state. States that have elected to participate in the initiative include Alabama, Arkansas, Colorado, Connecticut, District of Columbia, Florida, Idaho, Iowa, Kansas, Kentucky, Louisiana, Massachusetts, Minnesota, Missouri, Nebraska, New Jersey, North Carolina, Oklahoma, South Dakota, Tennessee, Texas, Utah, Vermont, and Wisconsin.

Taxpayers can decide for themselves in which states they want to submit applications to participate. That’s a decision likely based on where they may do business and have the greatest exposure to past-due tax claims. The MTC voluntary initiative is open through October 17, 2017 so online sellers who believe they may have some unmet obligations should assess their risk and act before the deadline.

While the MTC initiative may be of interest to Ohio resellers depending on where they do business, the path to tax amnesty within Ohio is a little different. Ohio recently authorized its own Ohio tax amnesty program, which will operate from January 1 to February 15, 2018.

Ohio’s tax amnesty program in early 2018 will apply to all delinquent state and local sales and use taxes, alcohol, tobacco, and cigarette excise taxes, commercial activity tax, financial institutions tax, and personal and school district income taxes that were due and payable by May 1, 2017. It will not apply to any taxes that have already been formally assessed or for taxes where a bill has already been issued. It also will not apply to taxes that are due as part of a pending or in-process audit.

As with most amnesty programs, the carrot here is to avoid the stick. Ohio authorities are hoping by offering folks an opportunity to report back taxes voluntarily, they will be enticed by the promise of no penalties. Ohio’s program does not promise, however, to forego interest on any past-due taxes. Instead, Ohio says it will forgive half the interest amount for taxpayers who step forward voluntarily.

The Ohio tax amnesty program should not be confused with Ohio’s other voluntary disclosure programs, which present more avenues through which taxpayers can catch up in the most painless way possible on various taxes.

The key message for all taxpayers is to take a hard look at state and local tax compliance and consider whether there are unmet obligations that can be resolved through various voluntary means to minimize potential consequences.  Taxpayers should discuss the pros and cons of a voluntary disclosure versus an amnesty with their tax professionals to ensure the proper filing is completed.