Ohio Municipal Income Tax Reform: How it Affects You 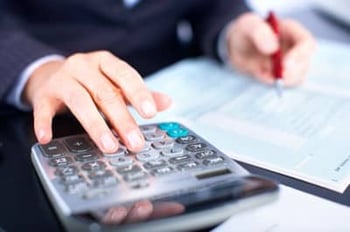 Legislation was passed in 2015 which brought about reform for municipal income tax in Ohio. Municipalities that levy income tax are required to amend their existing tax ordinances as of January 1, 2016. Some of the goals of the tax reform include:

The reform however does not accomplish a few goals that tax professionals were hoping for. No uniformity of tax rates was achieved and neither was the requirement of a mandatory 100% tax credit for taxes paid to other municipalities. The collection of taxes is still not centralized and there is no change to the current law’s sales throwback rule. However, the reform has still done some good toward simplifying the municipal tax system.

Net operating losses (NOL) are a vital component of the legislative changes. The reform provides for a statewide five year carryforward for NOLs incurred in years after 2016. NOL carryforwards are based on losses in taxable years beginning after January 1, 2017, and then carried forward. These carryforwards are calculated and applied on a pre-apportionment basis. A Municipal Income Tax Net Operating Loss Review Committee was also created to review and make recommendations on the potential fiscal impact for five year carryforwards.

Another large component of the municipal income tax reform was the occasional entrant rule changed from 12 days to 20 days. This means an employer does not need to withhold tax for a municipality if the employee is working there for 20 days or fewer. The employer withholds at the principal place of work municipality instead. The reform added a small employer exception where if an employer had less than $500,000 in total revenue during the preceding year, they only have to withhold tax on the employees at the small employer’s fixed location.

Other accomplishments of the reform include:

To get a full overview of the Ohio Municipal Income Tax Reform, click on the button to access our printable version. You can also contact your Meaden & Moore representative directly to discuss how the reform affects you.