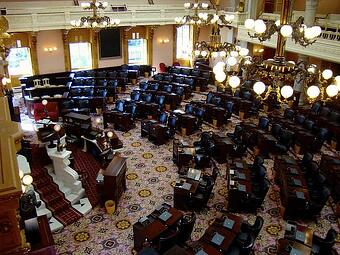 This fall, the Ohio senate is scheduled to consider House Bill 5 (HB5), which is reform legislation that will overhaul Ohio’s dysfunctional municipal tax system.

Currently there are nearly 600 taxing municipalities in Ohio and each one is able to define income that is subject to tax. Each municipality is also free to disallow net operating losses (NOL’s) or allow them for any period ranging from 0 to 15 years. Each municipality also may individually define filing requirements, extensions, due dates, penalties, and the appeals process.

Ohio currently has the most complicated local tax system of any state that assesses local income tax on businesses and individuals. HB5 will create a uniform set of rules under which municipalities would assess income tax. It extends the occasional entry rule from 12 to 20 days and does not require look-back withholding once the 20 day limit is reached. Withholding would only be required for wages paid as of day 21.

HB5 also defines ‘day’ for purposes of this rule. Currently a worker could owe tax to more than one municipality during an 8 hour workday. The bill calls for a uniform 5 year carry over period of 5 years for NOL’s. Pass-through entity (PTE) taxation is also standardized so that the tax is due at the owner level, although the PTE would be required to withhold tax on behalf of the owner(s).

The definition of resident is also clarified to follow the current state definition. There would not be situations where a taxpayer could be a non-resident for state income tax, but found to be a resident for municipal income tax. There are other technical tweaks included in the legislation that are aimed at making the system simpler, fairer and predictable. The effect is not to reduce municipal tax receipts but to reduce compliance costs. There are many examples of the cost of compliance being many orders of magnitude greater than the actual tax liability.

As an example of the current confusing system of municipal taxation, the City of Gahanna, a suburb of Columbus, was recently found to be overcharging resident taxpayers who worked outside the city. Click here to read the story.

I believe that municipal tax reform is overdue in Ohio and urge all readers to contact their state senator to support House Bill 5. If you want more information visit the webpage of the Municipal Tax Reform Coalition, a group of 30 organizations organized by the OSCPA that is driving the reform movement. You can use the letter writing tool at the website to contact your state senator.

Below is a YouTube video of Ohio Secretary of State Jon Husted speaking in favor of the reform legislation at the 2014 OSCPA Leadership Summit.

This blog was authored by Eric Rieke:

Eric Rieke has 30+ years of taxation practice with national, regional, local and international accounting firms as well as private industry. He is responsible for all tax compliance, research and consulting to devise successful tax strategies for corporate, individual and pass-through entity clients in our Beachwood office.