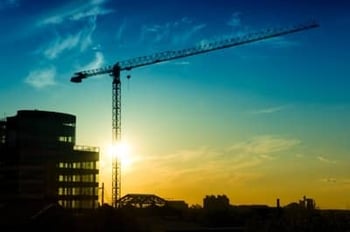 Change orders are amendments to existing arrangements that serve to modify contractual terms and conditions. In the construction industry, change orders are common occurrences, particularly on large complex projects.

When we think of change orders, we often associate them with project owner directives to alter the scope or specification of a project. For example, in order to ‘make budget’, a project owner may decide to save on construction costs by reducing the original size or amenities of let's say a new mixed-use development. Alternatively, new technologies or innovations might spur a project owner, of let's say - a health care facility, to modify the project to accommodate new medical equipment or devices.

Moreover, there are other less known reasons to modify a contract including:


Although change orders are prevalent for a variety of legitimate reasons, they generally require a lesser level of scrutiny and process for approval than the original bidding and award process, which creates an inherent risk for abuse. For instance, the original bidding process often requires approval of numerous project officials, whereas change orders often only require the authorization of one individual. Accordingly, a fraudulent bidding process would require collusion among project officials, while change order fraud might only involve a kickback from the contractor to the project official who is authorized to execute contract modifications.

Even in a 'hard-bid' environment, where all bids are sealed and the lowest bidder wins, it may involve change order fraud. For instance, a contractor in collusion with project officials can submit a very low bid to win a contract. Subsequently, a change order can be executed, which significantly increases the price of the contract. The additional contract value then compensates the contractor and funds bribes to project officials.

A similar scheme can be used in a unit-price contract whereby the contractor is instructed to 'low-ball' work quantities that will be reduced or eliminated from the scope via a change order, while more lucrative work quantities are increased. By bidding low (even below cost) on these line items, the contractor can be assured to have the lowest price and win the contract.

Similarly, a contractor might be tipped-off that high-priced line items will be increased throughout the project. For example, assume a highway project calls for several hundred safety barrels, when in fact the project will require several thousand. The contractor can price these items high and other line items low; thus, securing the lowest bid and using the additional profit from the safety barrels to pad their pockets and to fund the kickbacks to the project official(s).

Keep in mind, that change order fraud does not necessarily require collusion. Sometimes, all it takes is an unscrupulous contractor and an unsophisticated project owner. For instance, a contractor might seek additional compensation through a change order for work already covered in the existing contract price.

Oftentimes, a construction contract will specify the profit and overhead rates to be incorporated into any contract change orders. However, a project owner can easily overlook these terms allowing  a contractor to bill higher rates on change order work. Other times, change order work is to be billed on a time and material basis with no maximum price. This creates an opportunity for a contractor to invoice a project for services not rendered and/or materials never delivered or otherwise diverted.

Now that we’ve illustrated  examples of change order fraud, learn how to combat it. Click on the button below to download the full presentation as delivered at the construction fraud and risk conference in Miami

If you have additional questions, please contact us to chat with an industry expert.