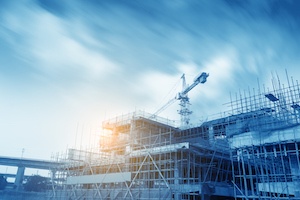 Publicly traded companies are required by the Securities and Exchange Commission (SEC) to file both quarterly and annual financial statements. Accordingly, our first look at the impact to E&C financial reporting came with the first quarter 2018 filings.

In a previous Properties Magazine article, this author commented that “although the new revenue recognition rules introduce new terminology and a few new concepts, ultimately it does not appear that they will significantly impact the financial reporting for the majority of engineering and construction firms. Having said this, each firm is different and each project and contract is unique and should be evaluated carefully.”

To help answer the question, I reviewed the quarterly filings from 10 different publicly traded E&C firms. The sample includes large-, mid-, and small-cap companies, and includes a wide variety of trades including engineering, procurement and construction management, heavy civil and infrastructure, specialty mechanical and electrical, underground construction, and even underwater dredging.

In all cases, each company chose to utilize the ‘modified retrospective’ transition method, which applies the new accounting guidance to uncompleted contracts as of the implementation date (January 1, 2018, for the companies surveyed). For these uncompleted contracts, the net difference in revenue recognition is recorded directly to retained earnings in the company’s balance sheet.

Take for instance the following adjustment posted by Fluor, which after taxes increased assets by $2 million, increased liabilities by $341 million, and decreased retained earnings by $339 million.

From the schedule below, you can see that Fluor’s adjustment was more impactful than most of the other companies that were in the sample:

In fact, three of the firms did not make an adjustment whatsoever, and another five firms recorded only nominal adjustments.

Fluor and KBR on the other hand, recorded adjustments that impacted total equity by upwards of 10% and 12%, respectively. These large companies provide similar services including engineering, procurement, and construction. However, it is interesting to note that Fluor posted a downward adjustment to its opening 2018 retaining earnings, whereas KBR posted an upward adjustment.

Fluor disclosed that its adjustment primarily related to its accounting for engineering and construction services. Under the old rules, these services were primarily accounted for separately, but now these deliverables are combined into one profit center.

Also, engineering is generally performed before construction, and typically calls for a higher profit margin. With this in mind, the following example illustrates how the new rules might have resulted in Fluor’s charge to retained earnings.

In this example, the overall estimated profit of the contract does not change, but by combining the two profit centers into one, the progress toward completion decreases. In addition, the more profitable engineering services are recognized more ratably over the life of the entire contract, as opposed to upfront recognition.

Another interesting dynamic in this example is that the remaining backlog has increased as a result of the adjustment. In effect, this profit will be recognized twice, as it was already reported in prior periods under the old rules, and again as the contract progresses towards completion.

Conversely, KBR experienced a fairly significant increase to its retained earnings and total equity. KBR noted three main factors for the adjustment, one of which includes separating contracts into multiple-deliverables, which previously had been a single deliverable (i.e., profit center). This particular change could have contributed to the upward adjustment by accelerating profit recognition, but it is difficult to determine based on the information available in the financial disclosures.

Other accounting changes noted in the quarterly filings included deferring and recognizing over time procurement of third-party equipment and materials, rather than to record the cost upon shipment. Another contractor changed the revenue recognition for its dredging contracts from ‘engineering estimates’ to the ‘cost-to-cost method’. Also, most firms in the sample disclosed a policy to capitalize certain mobilization and pre-contract costs with recognition amortized over the life of the contract.

Also interesting, is the diversity in practice among the 10 firms as it relates to balance sheet classifications. The new rules slightly modified the definition of a contract receivable vs. a contract asset and a contract liability as follows:

Contract Asset – "a contract asset is an entity's right to consideration in exchange for goods or services that the entity has transferred to a customer."

Contract Liability – “a contract liability is an entity’s obligation to transfer goods or services to a customer for which the entity has received consideration (or an amount of consideration that is due) from the customer.”

Historically, E&C firms grouped retention receivables with accounts receivable and reported the balance as a current asset. However, generally retention provisions require that additional services be rendered and accepted by the customer, in order for the receivable to become ‘unconditional’.

Another reporting change involves unbilled receivables that are unconditionally due to the contractor. Examples include time and materials contracts, service contracts, and cost-type contracts that include a termination clause providing the contractor with an unconditional right to compensation for work completed to date.

Traditionally, most E&C firms recorded these balances as a contract asset (previously known as ‘costs and estimated earnings in excess of billings on uncompleted contracts’). Most, but not all of the 10 companies reclassified these balances to accounts receivable.

One outlier was Fluor, whose policy is to make the reclassification only after a receivable has been billed. The other firms surveyed implemented the new guidance differently by recording all unconditional rights to receive compensation (billed or unbilled) as an accounts receivable.

In addition, under prior practice, accounts receivable, including retention receivables, and both contract assets and contract liabilities were classified as current. This treatment was consistent even if compensation was not expected in the near term (i.e., one year from the balance sheet date). The new provisions require that contract receivables, and contract assets and liabilities, be classified as current versus noncurrent. Based on the new guidance, half of the firms surveyed disclosed that they had reclassified current amounts to noncurrent.

Ultimately, this sample of E&C firms resulted in expected results, as eight of the 10 recorded only nominal changes to their retained earnings. Fluor and KBR, who recorded more significant adjustments, each provide engineering and construction services. Assuming that this sample is representative, contractors who perform both engineering and construction might see a more dramatic change to their financial reporting.

Again, one surprise is the diverse treatment of balance sheet classification. More often times than not, accounts receivable, and contract assets and liabilities will remain classified as current under the new rules. This is important, as current assets less current liabilities, equal working capital, a key financial measure for E&C firms.

Again, most non-public companies will implement the new rules in 2019. If they have not already done so, E&C firms will need to assess the impact as soon as possible so as not to surprise users of their financial information such as banks and bonding companies.