A lesser-known provision of tax reform opens the door for small business owners to potentially tap into a new source of capital.

Enacted in late 2017, the Tax Cuts and Job Act has received plenty of attention for the numerous and significant 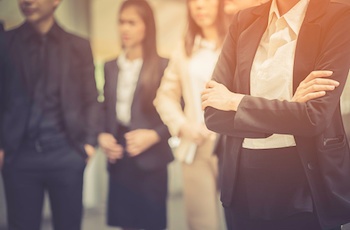 ways it alters corporate and individual tax liability. Some of its provisions, however, are still not fully leveraged or recognized as the business community continues to adapt to the enormous, complex tax law.

One such provision is a change in the rules governing ownership in S corporations, a common organizational structure for many small businesses. The TCJA loosened some of the restrictions that have typically been associated with S corporation ownership, especially with respect to non-U.S. ownership.

S corporations are regarded as “pass-through entities,” referring to the way tax law allows income to pass through the entity untaxed to shareholders. That allows business owners to pay tax at only the personal level, not at both the business and personal level.

An ESBT is a trust created by a different act of Congress in the 1990s that must meet some detailed characteristics to qualify for S corporation ownership. ESBTs are subject to federal income tax at the trust level, although the process is complicated. That means beneficiaries in the trust would be taxed on the income before it is distributed to them personally.

Many times, small business owners looking for additional capital investment are relegated to opportunities like higher-interest types of debt or private equity structures. The TCJA provision now expands the scope of permitted shareholders, which may produce new opportunities.

Joint ventures might even become a reasonable consideration, perhaps with business partners in nearby Canada, that were previously difficult or impossible to pursue. Business owners can potentially explore more cross border investment under the provision.

The change in the law around nonresident alien ownership in S corporations is part of an ongoing trend to try to loosen some of the restrictions on S corporations. Congress has been looking for ways to allow more flexibility in structuring small businesses as S corporations. That, coupled with the pass-through taxation approach, has enabled the S corporation to become one of the most popular structures for U.S. business entities.

The TCJA provision does, however, open the door for S corporations to facilitate nonresident aliens as indirect shareholders. That may produce some opportunities for small businesses to tap into a capital source that until recently was forbidden.

Information in this article is based off content from Jonathan Ciccotelli' s article in Crain's Cleveland Business.