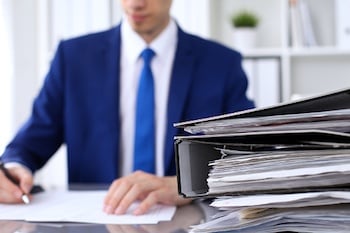 As 2018 unfolds, the fog of tax reform has cleared and we can now clearly see the many benefits of the U.S. Tax Cuts and Jobs Act.  Lower tax rates for businesses and individuals, increased expensing of business asset purchases, repeal of the corporate alternative minimum tax (AMT) and increase of individual AMT thresholds are just a few of the tax benefits now available to U.S. taxpayers.  For U.S. businesses owned by non-U.S. persons, however, it is a bit more of a mixed bag, as there are several unfavorable provisions.  These include several provisions ostensibly designed to prevent base erosion in the light of the new U.S. territorial tax system.  Many of these provisions, however, target foreign-controlled companies.

The new interest limitation modifies the earnings stripping rules in numerous ways.  Although the earnings stripping rules as modified apply to all U.S. taxpayers, it is expected that this provision will increase U.S. taxes on inbound loans primarily due to (i) a decrease from 50 to 30 percent in the applicable percentage of adjusted taxable income, and (ii) dropping the requirement that the U.S. not impose taxes on the interest income.  On the other hand, an unlimited carry-forward of disallowed interest and several exemptions have been added, including for taxpayers with average gross receipts less than $25 million, so small foreign-controlled companies will no longer be subject to this interest deduction limitation.

TCJA also imposes a special “base erosion minimum tax amount” on certain large corporations (except for RICs, REITs or S corporations) with average annual group gross receipts for past 3 years of at least $500 million and a “base erosion percentage” (defined below) of at least 3 percent (2 percent for banks or securities dealers).  The base erosion minimum tax amount is equal to the excess of (i) 10 percent (5 percent in 2018, 12.5 percent after 2025) of “modified taxable income” over (ii) regular tax liability minus certain credits.  Although it is called a “minimum tax,” it is imposed in addition to all other taxes.

A base erosion payment is any deductible amount paid or accrued to a foreign related party, including reinsurance payments.  It includes purchase of depreciable property from a foreign related party.  Base erosion payments do not include payments for cost of goods sold, for services if eligible for the services cost method, and for certain payments related to derivatives marked to market.  A party is related to the taxpayer under this provision if it owns at least 25 percent of vote or value.

The payment must be made pursuant to a hybrid transaction or by, or to, a hybrid entity.  A hybrid transaction is one that includes a payment of interest or royalty for U.S. tax purposes that is not so treated under the tax law of the recipient’s residence country.  A hybrid entity is an entity that is treated as fiscally transparent by the U.S. but not by the recipient’s residence country, or vice versa.

TCJA also grants certain additional powers to the IRS with respect to transfer pricing for intangibles.  It enlarges the category of intangible property by adding the (formerly) controversial items of workforce in place, goodwill (foreign or domestic), going concern value, and “any similar item” if its value is not attributable to tangible property or services of an individual.  This will permit the IRS to apply its “commensurate with income” transfer pricing rules to these intangible assets.  TCJA also authorizes the (previously) controversial valuation of transferred intangibles on an aggregate basis with other transferred assets, or on the basis of realistic alternatives to a transaction.  These changes are intended to limit base erosion by increasing the IRS’s leverage in transfer pricing matters relating to intangibles.

Taxation of sale by non-U.S. person of interest in partnership engaged in a U.S. business

This provision is intended to prevent a particular type of exit strategy for inbound investors through a pass-through entity.  Ordinarily, when a non-U.S. person sells a U.S. asset at a profit, such as corporate stock, no U.S. tax is imposed on the gain.  Under this new provision, however, the gain of a foreign corporation or a nonresident alien from a sale of an interest in a partnership (domestic or foreign) that conducts a business in the United States is subject to U.S. tax to the extent of the taxpayer’s share of the gain that would be recognized from a hypothetical sale of all of the partnership’s U.S. business assets.  In addition, the transferee is required to withhold a tax equal to 10 percent of the sales price.  By explicitly extending U.S. tax jurisdiction over these types of sales, this provision resolves the tension between an IRS ruling (Rev. Rul. 91-32, 1991-1 C.B. 107) and a recent Tax Court case (Grecian Magnesite Mining v. Com’r, 149 T.C. No. 3 (July 13, 2017).

Inbound investors into U.S. businesses should consider re-evaluating their ownership and operational structures and transactions under the new tax reform rules.  If you have any questions about these new provisions or U.S. inbound tax planning, please contact your Meaden and Moore representative or Allen Littman at alittman@meadenmoore.com.