Sales of Services: The Growing Trend Toward Market-Based Sourcing 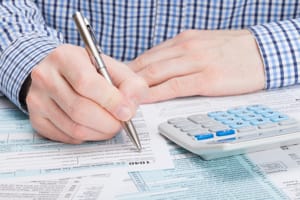 For many companies, their customer base can extend far beyond the boundaries of the state of commercial domicile. Since state income tax rules are determined separately by each state, this can get complicated. Do you pay tax to the state you operate in? Or to the state where your customers are located? What if you have customers in various states?

The History of the Sales Factor

For sales of services where there isn’t tangible property to consider, sourcing has historically been handled a little differently. Most states have sourced sales of services using the “cost of performance rule” that traces back to the original 1957 version of UDITPA, which was adopted by the Multistate Tax Commission (MTC) as Article IV of the Multistate Tax Compact. This rule states that sales should be measured in the state where the greater proportion of the income-producing activity is performed, based on costs of performance (where the work is performed).

The problem? This rule ignores where the customer is located. For example, a law firm that performs all services in Indiana for a customer located in Kentucky would source all their sales to Indiana using cost of performance rules. Kentucky, if also a cost of performance state, would not get any sales sourced to their state even though the customer that benefited from the service was located in their state.

In 1957, when the UDITPA was created, it was far less common for a company in one state to perform services for a customer in another state, so at the time, the cost-of-performance rule typically yielded the same results as the market-based-sourcing rule. To cover any multistate-income issues, UDITPA simply assigned all of the revenue generated by the sale of the service to the state where the greatest proportion of the income-producing activity was performed, based on costs of performance.

The Progression of the Sales Factor

UDITPA originally introduced the verbiage “income-producing activity” to describe services performed by employees of a taxpaying organization or by an agent or independent contractor working on its behalf. This definition meant that at the start of the Information Age, there was a monumental shift in tax reality. A company might be headquartered in one state, where its physical assets and employees were located, but perform services for customers around the country or even the world via the Internet, the telephone, or other means. Under the old methods, it simply wasn’t viable to assign tax liability in an equitable way.

In July 2014, the Uniformity Committee of the MTC modified the UDIPTA provisions in Article IV of the Multistate Tax Compact to say that a company’s market for sales is in a state “if and to the extent services is delivered to a location in the state.” And in December 2015, the MTC released a draft of a market-based sourcing model for the Uniformity Committee to consider.

The Growing Trend in Multistate Sourcing for Sales of Services

Today, most states that impose a state income tax use a single-factor sales appointment formula, or a formula that super weights the sales factor—which is why the sales factor is so important in the apportioning of income for a multistate company. Things have changed as well. It’s now quite common for a service provider to do business with customers in other states. That’s why a growing trend in state taxation is to adopt a market-based rule for sourcing sales of services instead of the old cost-of-performance rule.

In 2014, recognizing this state-by-state trend, the Multistate Tax Commission amended UDITPA Section 17 to replace the cost-of-performance rule with a market-based rule that sources sales of services to the state in which those services are delivered. There are many nuances to this law, of course—and particular apportionment rules for certain industries (such as broadcasting, construction, financial institutions, telecommunications and transportation). In general, states that use market-based sourcing use one of the following approaches to determine the market state:

As more and more states adopt market-based sourcing, companies in the service industry need to be aware of these changes and the tax implications in the states their customers are located. Multistate service companies will most likely have to run sales reports using both methods of sourcing in order to conform to the different state laws. For companies who provide services to customers in other states, it’s essential to seek advice from their tax professionals. Upon audit, apportionment is always an area an auditor will examine to ensure proper sourcing is followed.