Ohio Will Keep the Business Income Deduction (BID) at $250,000 and Maintain the 3% Flat Rate Cap in Budget Bill

On July 16, the Ohio House and Senate conference committee on Am. Sub. HB 166 voted to keep the Business Income Deduction (BID) at $250,000 and to maintain the 3% flat rate cap on income above it. Legislators were convinced to avoid tying the BID exclusions to the federal 199A law regarding the Qualified Business Income 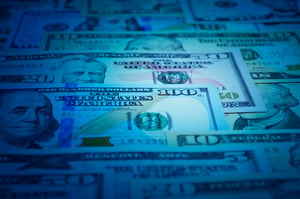 The provision was previously mentioned as an option that would have impacted a broad array of specified service trades and businesses (SSTB). The House, Senate and DeWine Administration in reaching a compromise eliminated the BID for lawyers and lobbyists – two professions which became the focal point of BID concerns by some legislators.

The Business Income Deduction has been in place since 2015 replacing the previous version the Ohio Small Business Deduction which was adopted in 2013. The deduction allows married filing joint taxpayers to deduct up to $250,000 of business income from their Ohio adjusted gross income, thereby subjecting any excess business income to be taxed at a flat 3%.

Other noteworthy provisions within the bill included: