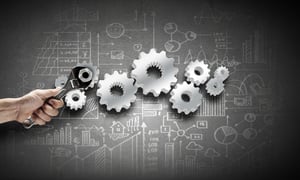 Bonus depreciation is a pro-taxpayer measure Congress enacted in the early 2000s to reward businesses forinvesting in new property. It allows taxpayers to immediately deduct a certain percentage of their equipment costs in the year of purchase. In 2017, the tax reform bill known as the Tax Cuts and Jobs Act (TCJA) expanded the bonus depreciation allowance by permitting taxpayers to recover 100% of their asset costs (up from the prior-year allowance of 50%) and to apply bonus depreciation to both new and used property. But the benefits didn’t stop there.

In September 2019, the IRS and the Treasury Department published their interpretations of the TCJA’s bonus depreciation provisions in two sets of guidance: final regulations T.D. 9874 and proposed regulations REG-106808-19. Together, these releases show that the changes made to our tax code are favorable for taxpayers in other ways.

Used property became eligible for bonus depreciation treatment, but only if that property had not previously been owned by the taxpayer (or their predecessor). To determine a taxpayer’s prior ownership, the IRS instituted a look-back period of only five calendar years, which will save taxpayers the administrative headache of tracing ownership records back for decades. The IRS will also disregard prior ownership if the property was sold within 90 days of being placed in service.

Property built by third-party contractors on behalf of the taxpayer had previously been excluded from bonus treatment. The TCJA now considers contracted builds to be self-constructed property, which allows taxpayers to take bonus depreciation if their placed-in-service date is after September 27, 2017. Contracted projects and other self-constructed property are typically considered placed-in-service when significant physical work commences. When taxpayers elect into a certain safe harbor, this physical work test can be met when 10% of the construction costs have been paid or incurred.

The jump from 50% to 100% bonus depreciation is a big one, and businesses with construction projects in process around the time the TCJA went into effect may be able to qualify their projects for the full allowance thanks to this rule change.

Many of these pro-taxpayer changes are retroactive to 2017 or 2018. To capture the new bonus opportunities, you may need to amend a tax return or two. Talk to your tax advisor to see if additional bonus depreciation will outweigh the cost of amending your returns.  Please contact us if you have any questions.

*Information in this article is based off content from Jonathan Ciccotelli' s article in Crain's Cleveland Business.