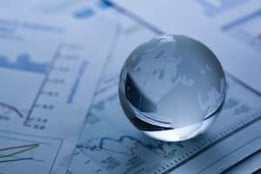 Events have been moving very fast in all areas of this coronavirus crisis, and the tax area is no exception.  On March 17, Treasury Secretary Mnuchin announced at a press conference the automatic extension of certain tax payments due on April 15 until July 15.  On March 18, the IRS issued Notice 2020-17, announcing certain details of that relief.  On March 20, the Secretary further announced via tweet the automatic extension of tax return filings due on April 15 until July 15.  On the same day, the IRS released Notice 2020-18 (the “Notice”), formally extending the filing date as announced, and superseding Notice 2020-17.  Then, on March 24, the IRS launched a webpage providing details of the extensions, which was updated on March 25.  The new webpage clarified a number of aspects of the extension.

Nevertheless, questions remain in several areas, including the international area.  The most important thing to understand is that only tax returns and payments due on April 15, 2020 are automatically extended under the Notice.  The Notice removes the caps on qualifying payment amounts in Notice 2020-17 – now there are no limitations on payment amounts that can be deferred.  The extension applies to the filing of returns (by any person or entity) initially due on April 15, but it also applies to the filing of returns due pursuant to extension on April 15.  For example, for calendar year taxpayers who have made the transition tax installment election under sec. 965(h), the 2019 installment payment due date of April 15, 2020 is automatically extended to July 15, 2020.  For another example, a fiscal year June 30, 2019 taxpayer who extended its time for filing (automatic or otherwise) until April 15, 2020 now has an additional automatic extension for filing until July 15.  The automatic extension does not apply to any return or payment due on March 15, May 15, or any day other than April 15, 2020.

To obtain the automatic extension of filing or payment, no form or request needs to be filed with the IRS.  It is literally automatic.

The IRS website Q&A may be found here.  Q&A #3 lists the forms the filing of which are automatically extended under the Notice.  In general, the extension applies to income taxes, and not to payroll, excise, estate or gift taxes.  The extension applies to payments of income tax balances due on April 15, as well as to estimated tax payments due on April 15 (e.g., the first quarterly estimated tax payment of a calendar year taxpayer).

Q&A 3 and 9 expressly provide that for any taxpayer whose Federal income tax return filing deadline has been postponed from April 15 to July 15, 2020, the due date for Form 8991 and a payment due with respect to the BEAT is also postponed to July 15.  Q&A 3 also provides that the due date for filing Form 8930, relating to the net investment income tax, and for payment of such tax is also automatically extended under the Notice.

Taxpayers that are unable to file their 2019 income tax returns by July 15, 2020 may file the “regular” filing extensions before July 15 to extend filing until October 15.  This extension request is made by filing Form 7004 or Form 4868, as appropriate; an estimate of tax due is required to be made on the such form.  Currently written Q&A 12 states, however, that “[t]o avoid interest and penalties when filing your tax return after July 15, 2020, pay the tax you estimate as due with your extension request.”  Although it is not clear, this seems to place taxpayers who extend their filings to October 15 at risk of interest and penalties on payments made after filing the extension request, even if paid before July 15.  For now, the only solution seems to be to wait until closer to July 15 to further extend the filing date using Form 7004 or 4868, and to make payment of the 2019 tax estimated on that form along with filing the extension request.

Q&A 10 provides that the relief does not apply to filing of information returns.  This has caused considerable confusion among practitioners.  For example, consider Forms 5471, 5472, 8865, 8858, which are detailed international reporting forms filed with respect to a related entity:  a controlled foreign corporation, controlling foreign parent (or a related party of same), controlled foreign partnership, and disregarded entity, respectively.  These forms are generally considered to be information returns, and are filed with the respective income tax return, but it does not make a lot of sense that the information return filing dates are not automatically extended but that the tax returns are.  Yet that is what the Q&A seemingly suggest.

In the case of each of these four information returns, however, either the regulations or instructions specify that it is to be filed with the taxpayer’s tax return, taking into account extensions to file the tax return.  Thus, it is reasonable to conclude that an automatic extension to file under the Notice should apply to the filing of these information forms by a calendar year taxpayer with return filing date on April 15 (i.e., a corporation or individual).  Note, however, that the Notice would not apply to a calendar year partnership’s or S corporation’s obligation to file its return on March 16, 2020.  In general, these entities should have filed Form 7004 to extend their filings (including any international information returns) to September 15, 2020.

For the reason discussed above, it is reasonable to expect that the Notice would apply in a similar manner to Form 8938 (specified foreign assets) and Form 8621 (for PFICs or qualifying electing funds).  The same logic should also apply to Form 8992 (GILTI), Form 8993 (section 250 deduction for FDII and GILTI), and Form 3520 (reporting of transactions with foreign trusts or receipt of foreign gifts); in which the information return is ordinarily due on April 15, 2020.

On the other hand, Form 3520-A is ordinarily due (for a calendar year taxpayer) on March 15, so generally the Notice would not apply.  An extension of time (for six months) to file Form 3520-A would be available only by filing Form 7004.

As noted earlier, Form 7004 or Form 4868, as appropriate, should be filed to request any extension for a tax return due on April 15 past July 15, or for any extension for a return due on date other than April 15.  These forms state they are “automatic extension” forms, but the extensions are not really automatic – they must be applied for using the proper form.  The extension usually is for six months from the date the return was originally due.  In the case of a return originally due on April 15, the extension is to October 15, 2020, and must be requested by July 15, 2020.  As noted above, unless the IRS issues favorable clarification or allows a further extension for tax payments, to avoid penalties and interest it would be prudent to wait until early July before filing these extension requests, and to send the full tax payment as estimated with Form 7004 or 4868.

There might be a rare situation in which a tax return is not required but an information return is required.  If Rev. Proc. 2018-58 does not address that case, it currently appears that it would be prudent to file such an extension request by April 15 (it seems unlikely there would be a tax payment due in this case).

Interestingly, Notice 2020-20 similarly postponed filing and payment with respect to a Gift and Generation-Skipping Transfer Tax Return (Form 709) due on April 15.  Notice 2020-20 provides that if an extension for filing Form 709 is extended by filing Form 8892 by July 15, any related tax payment is still due on July 15.

Some other relevant, but general, points related to the automatic extension, or otherwise worthy of note are:

2. Statutes of limitation, for example, for filing refund claims, are not tolled by the Notice;

3. Relief is not available under the Notice for state tax liabilities.  State tax relief is up to the states.  See the AICPA State Tax Chart; and

4. The Notice and Q&A are silent about filing dates for Reports of Foreign Bank and Financial Accounts (FBAR).  FBARs are filed electronically on FinCEN Form 114.  The FBAR is an annual report, due April 15 following the calendar year reported.  If the FBAR is not filed by April 15, however, an automatic extension to October 15 is allowed under prior law, without the need to request an extension.

5. The IRS also announced that foreign financial institutions required to file a FATCA Report (Form 8966) by March 31 are granted an automatic extension to file until July 15.

In any situation in which there is any doubt how the Notice applies, an extension Form 7004 or 4868 may be filed to extend the date of filing by six months, but as described above, it is possible that issues might arise under certain facts.

The IRS has indicated that more guidance and assistance to taxpayers will be forthcoming.  The IRS has acted quickly so far, but that necessarily means not everything done has been completely thought through.  Groups such as the AICPA and ABA have been teeing up questions for the IRS.  It is very possible that the ambiguities pointed out in this note (and other ambiguities) will be resolved soon.  We will keep you informed of major events as they unfold.