On August 12, 2022, Congress passed the Inflation Reduction Act of 2022 with a 220-207 vote in the House. This followed passage in the Senate on August 7, 2022 by a vote of 51-50, with Vice President Kamala Harris casting the tiebreaking vote. The bill provides investment in clean energy, promotes reductions in carbon emissions, and extends popular Affordable Care Act premium reductions. The bill is paid for through the implementation of a 15 percent corporate minimum tax, budget increases for the Internal Revenue Service to close the “tax gap,” an excise tax on stock repurchases, and changes to Medicare rules. President Joe Biden is expected to sign the bill into law.

The vote in the Senate capped a flurry of activity in the upper chamber, with marathon voting sessions on amendments and a last second change in the bill’s revenue raisers. The activity in the Senate followed the surprise announcement of a breakthrough deal between Senate Majority Leader Charles Schumer
(D-N.Y.) and Senator Joe Manchin (D-W.Va.). The House made a brief return from August recess to send the bill to President Biden’s desk.

The Inflation Reduction Act of 2022 is the remnant of President Biden’s Build Back Better Plan, a $6 trillion dollar proposal released in 2021 that comprised the majority of Biden’s domestic agenda. Part of that initial plan became law through the Infrastructure Investment and Jobs Act. During 2021, the remainder of the plan was negotiated down to $1.75 trillion and eventually passed in the House of Representatives on November 19, 2021. However, with an evenly divided Senate, the Build Back Better Act never even came up for a vote in the upper chamber as it did not have the support of all 50 Democrats.

For nearly a year, the proposal seemed dead. However, Schumer and Manchin surprised nearly everyone when they announced they had reached an agreement that Manchin, a key Senator in reaching the 50 votes required for passage, could support. This new version retains many of the key “green” provisions and carries a price tag under $1 trillion.

The Inflation Reduction Act of 2022 is significantly smaller than any proposed version of the Build Back Better Act. As such, nearly all of the revenue-generating provisions of prior proposals have been eliminated. Only the corporate alternative minimum tax, the excise tax on stock repurchases, and increased IRS funding have survived from prior versions.

The Inflation Reduction Act of 2022 would resurrect the corporate alternative minimum tax (AMT) which was eliminated by the Tax Cuts and Jobs Act, although it returns in a slightly altered form. Proposed to be effective for tax years beginning after 2022, the new corporate AMT would equal 15 percent of the corporation’s “adjusted financial statement income” for the tax year, reduced by a corporate AMT foreign tax credit. The tax would only apply to corporations with average annual adjusted financial statement income in excess of $1 billion for the three prior tax years. This threshold is reduced to $100 million in the case of certain foreign-parented corporations. Certain exceptions also apply to the determination of an applicable corporation where there is a change in ownership or a consistent reduction in income.

A corporation’s adjusted financial statement income is the amount of net income or loss the corporation reports on its applicable financial statement, for purposes of determining when to include income for tax purposes. That amount is adjusted for various purposes, including certain adjustments in the case of consolidated returns or for certain foreign income.

In negotiations shortly before passage in the Senate, two carveouts were added to the new alternative minimum tax, excepting corporations that are involved in certain manufacturing, as well as corporate subsidiaries of private equity firms from the tax.

The bill includes a one percent excise tax on stock repurchases by domestic corporations whose stock trades on an established securities market. A repurchase is a redemption, or any transaction determined to be economically similar to a redemption. The tax also applies to the purchase of the stock of a specified affiliate corporation, which is a corporation more than 50 percent owned (by vote or value) by the purchasing corporation, or a partnership in which the purchasing corporation holds more than 50 percent of the capital or profits interest. Separate rules also apply the tax to certain purchases of the stock of a foreign affiliate. The tax would apply to repurchases after 2022.

The bill also includes a further extension of the excess business loss limitation as it applies to partnerships and S corporations, through 2028. The provision is simply
a revenue raiser, and was last extended for the same purpose by the American Rescue Plan Act of 2021

A significant strategy in coming up with ways to pay for a large legislative package is by improving IRS service to close the “tax gap.” The tax gap is the difference between what should be collected by the IRS and what is actually collected by the IRS. In many cases, the lack of IRS resources to enforce the nation’s tax laws can be leveraged by taxpayers to lower their tax bills, and it is believed that a small investment in IRS resources can lead to an outsized increase in revenue. The bill looks to close the tax gap by allocating an increased amount to the IRS to improve enforcement.

The bill would extend Affordable Care Act provisions from the American Rescue Plan Act of 2021. Specifically, the expansion of affordability percentages used in calculating the premium tax credit to make credits available for individuals with incomes above 400 percent of the federal poverty line, as well as credit amounts for those already qualified, would apply through 2025. Without the extension, these provisions would expire at the end of 2022.

The majority of the outlays in the Inflation Reduction Act of 2022 are devoted to incentives for green energy. A large share of those outlays are in the form of tax credits for green energy. In some cases, the credits are extensions and expansions of current credits, such as those for electric vehicles or residential energy property. However, the bill also proposes new credits, such as those for the production of clean electricity

The proposal extends the credit for electricity produced from certain renewable resources through 2024. An increased credit may be claimed if the entity meets certain workforce and wage requirements in construction or operation of the facility.

The energy investment credit is also extended through 2024, with workforce/wage credit enhancements like the renewable electricity credit. An enhancement of the credit is also available for solar facilities placed in service in connection with low-income communities.

The credit for nonbusiness energy property, which expired at the end of 2021, is modified and extended through 2032 by the proposal. This credit applies to energy efficient windows and doors, as well as certain HVAC systems and heat pumps, and the lifetime maximum for the credit is replaced with an annual limit of $1,200. The residential energy efficient property credit, renamed the clean energy credit, is extended through 2034

The credit for the purchase of clean vehicles (which includes both plug-in electric vehicles and fuel cell vehicles) is extended through 2032, and modified, under the proposal. The proposal eliminates the current credit’s limitation on the number of vehicles produced by a specific manufacturer. However, the credit imposes sourcing requirements on the critical components of the vehicle and battery systems. The maximum amount of the credit remains at $7,500, but includes income limitations, as well as limitations on the manufacturer’s suggested retail price.

A new credit of up to $4,000 is also available for the pur-chase of a previously-owned clean vehicle, subject to income limitations, through 2032. The bill also proposes a new credit for up to 30 percent of the basis of a qualified commercial clean vehicle acquired after 2022 and before 2033.

Additional new credits to encourage the growth of the green energy industry proposed in the Inflation Reduction Act of 2022 include the following:

The Inflation Reduction Act of 2022 also proposes modifications to other existing energy credits while also extending them. The bill’s proposed changes include:

Several provisions were removed from the version of the bill that passed the House as the Build Back Better Act. Many of the proposals that were billed as promoting “human infrastructure” were eliminated. These include provisions that extended COVID-era expansions of the child tax credit and earned income tax credit.

During the Senate amendment process, an extension of the current cap on the SALT deduction for two years as a revenue raiser was quickly replaced with the
two-year extension of the excess business loss limitation. An extension of the SALT cap beyond its current 2025 expiration would have likely sunk the bill with Democratic representative in higher-tax states.

Finally, the Inflation Reduction Act of 2022 does not include any of the proposed changes for international taxpayers that were included in the Build Back Better Act the House passed in 2021. 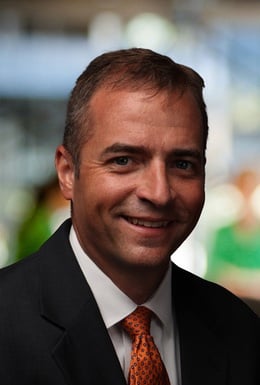