When Can an Expert Consider Subsequent Events? 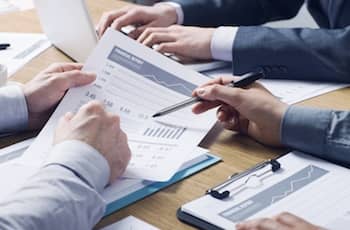 Often, financial experts encounter evidence of events that occurred after the valuation or damage date that may have a bearing on their conclusions. But to what extent can they consider this evidence when valuing an asset or calculating damages?

Unfortunately, there’s a great deal of confusion about the role of such evidence, also known as ex post facto data. Here’s a quick summary of the “rules.” But keep in mind that courts may deviate from these guidelines to achieve an equitable result.

To understand the impact of subsequent events on business valuation, it’s important to understand the meaning of “fair market value.” It’s commonly defined as the price at which property would change hands between a willing buyer and a willing seller when neither is under any compulsion to buy or sell, and both parties have reasonable knowledge of relevant facts.

Business value is generally based on facts that are “known or reasonably knowable” on the valuation date, even if subsequent events alter that value. But that doesn’t mean all evidence of subsequent events is irrelevant. Valuators and the courts also make a distinction between events that affect business value and those that reflect — that is, provide an indication of — value. In many cases, it’s appropriate to consider the latter.

A Case in Point

The former type of subsequent event is often excluded from consideration when valuing a business, however. Okerlund v. U.S. is a well-known example of subsequent events that affect value. In this case, the founder and president of a large, privately held food company transferred stock to several family members. Shortly after this, the founder died — and a while later, a salmonella outbreak significantly impaired the company’s stock price. The stock recipients sought to reduce the amount of gift tax on their transfers, arguing that the court should consider the stock’s actual performance following the gifts.

The court rejected this argument, explaining that value must be determined as of the valuation date and must rely primarily on information known, or reasonably knowable, at that time. In this case, the valuator had listed “reliance on a key management figure” and “risk of food contamination” as foreseeable, albeit unlikely, risks on the valuation date.

Despite the general rule against considering subsequent events that affect value, courts sometimes deviate from that guideline in the interest of fairness. Suppose, for example, that divorcing spouses agree to use the filing date as the valuation date for all marital assets, including a business owned by one of the spouses. What if the business’s offices are destroyed in a fire after the filing date but before the court date?

It’s likely that the court would consider the impact of the fire on value in equitably dividing the marital estate or setting the amount of support payments, even though it wasn’t known or knowable on the filing date.

What About Lost Profits?

Subsequent events are often considered in calculating lost profits damages. Business valuation is based on the perceptions of hypothetical buyers and sellers about the business as of a certain date. Lost profits, on the other hand, are designed to compensate plaintiffs through recovery of the net profits they would have earned in the past and potential future lost profits, but for the defendant’s wrongful conduct.

It’s not unusual, during the course of a valuation or litigation proceeding, for attorneys to learn about events that may provide an indication of value — or potentially alter damages or business value calculations. Be sure to inform your experts of these events so they can consider the relevance, if any, in their opinions.

Generally, the effects of the former must be recorded in the financial statements and the details must be disclosed in the footnotes. The latter aren’t required to be recorded, but they may have to be disclosed in the footnotes. Regardless of how they’re classified, subsequent events are often revealed when experts review the company’s disclosures. So, it’s important to provide your valuator with a complete copy of the company’s financial statements.