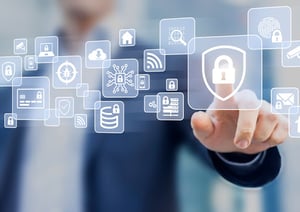 The Association of Certified Fraud Examiners (ACFE) has released its Report to the Nations: 2018 Global Study on Occupational Fraud and Abuse. Consistent with previous studies, the ACFE estimates that occupational fraud costs the typical organization 5% of its revenue every year. This article discusses the report’s findings, including median fraud losses, popular fraud schemes, and the most common methods of detection. The latest report is based on a study of 2,690 fraud cases occurring between January 2016 and October 2017. The median loss from fraud was $130,000 in the 2018 ACFE study, down from $150,000 in the 2016 study – but that’s probably more than your clients want to lose. Here are more insightful statistics on fraud losses, schemes, and methods of detection.

Occupational fraud is commonly defined as the use of one’s occupation for personal enrichment through the deliberate misuse or misapplication of an employer’s resources or assets. These crimes generally fall into three categories:

Frauds typically involve more than one type of occupational theft or abuse. Thieves often test the waters with a simple scheme and then graduate to more advanced ones over time.

Tips have been the most common method of initial detection since the ACFE first began tracking the data in 2002. Tips were significantly more common in corruption cases (50%) than in asset misappropriation or financial statement fraud schemes (both 38%).

The prevalence of fraud tips is related to the availability of a reporting hotline – a requirement for public companies. Businesses with some form of hotline in place were tipped off about fraud in 46% of the cases. Those without a hotline caught fraud from a tip in just 30% of the cases. Despite these statistics, 37% of the organizations victimized didn’t have a hotline in place at the time of the fraud.

Frauds discovered by more proactive measures generally caused smaller losses than those unearthed by more passive measures, including tips. For example, the median loss for schemes detected by management review was $110,000, compared with $52,000 for those revealed through account reconciliation. In contrast, frauds first detected by police notification were the costliest – with a median loss of $935,000 in the 2018 ACFE study.

There’s no denying the value of being proactive, not passive, about detecting and preventing fraud. In addition to investigating suspected wrongdoings, experienced fraud experts can help clients implement controls to prevent occupational fraud from occurring in the first place. Proper internal controls provide a deterrent (but not a guarantee) against fraud.