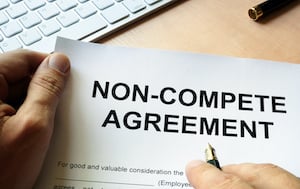 Statutory appraisals in dissenters’ actions are typically based on either the deal price or the company’s unaffected market value as a going concern. This article summarizes a recent Colorado Court of Appeals case that affirmed a decision to consider more than just deal price when determining the fair value of a minority shareholder’s interest.

The plaintiff in this case was an employee and minority shareholder of an anesthesiology practice. He filed a lawsuit against his former employer after dissenting to a February 2015 merger.

Under the terms of the deal, each physician-shareholder who agreed to participate in the merger was entitled to receive:

But the deal also came with some major downsides. Participating doctors were required to sign an agreement that mandated a 21.3% reduction in pay and a five-year employment commitment.

After going to work for another practice, the plaintiff asked the court to 1) reject a non-competition provision in his previous employment agreement, and 2) determine the fair value of his 1.1% share in the old (premerger) entity.

Under Colorado law, dissenting shareholders are entitled to receive the fair value of their interests. The term “fair value” is defined as “the value of the shares immediately before the effective date of the corporate action to which the dissenter objects, excluding any appreciation or depreciation in anticipation of the corporate action except to the extent that exclusion would be inequitable.”

The district court considered two sources of business valuation evidence. First, the doctor’s expert valued his interest at between $893,400 and $987,400. This range of value was based on:

Second, the employer’s expert valued the doctor’s interest at between $50,549 and $56,044. This model used actual physician compensation prior to the merger.

The district court found in favor of the doctor, ruling that the non-compete was unenforceable. However, it found the valuation prepared by the employer’s expert to be more credible, ruling that the fair value of the doctor’s share was $56,044 plus interest. The employer appealed the enforceability of the non-compete provision; the plaintiff counter-appealed the fair value determination.

The Colorado Court of Appeals upheld that district court’s decision on both counts. In terms of the valuation, the appeals court agreed that the deal price didn’t reflect the fair value of the practice, which must exclude any appreciation in anticipation of the merger.

It found the deal price to be “an unreliable starting point from which to determine fair value.... The [deal] price reflected the value of [the newly merged entity], a corporation of at least ninety doctors willing to accept 21.3% less pay than the doctors at [the premerger entity].”

This case illustrates several key points. Notably, dissenting shareholders can’t expect to benefit from synergies and other operational improvements brought by corporate actions to which they dissent. Moreover, deal price is only one consideration when estimating fair value in statutory appraisals. Courts must consider all relevant factors when valuing a dissenter’s interest.